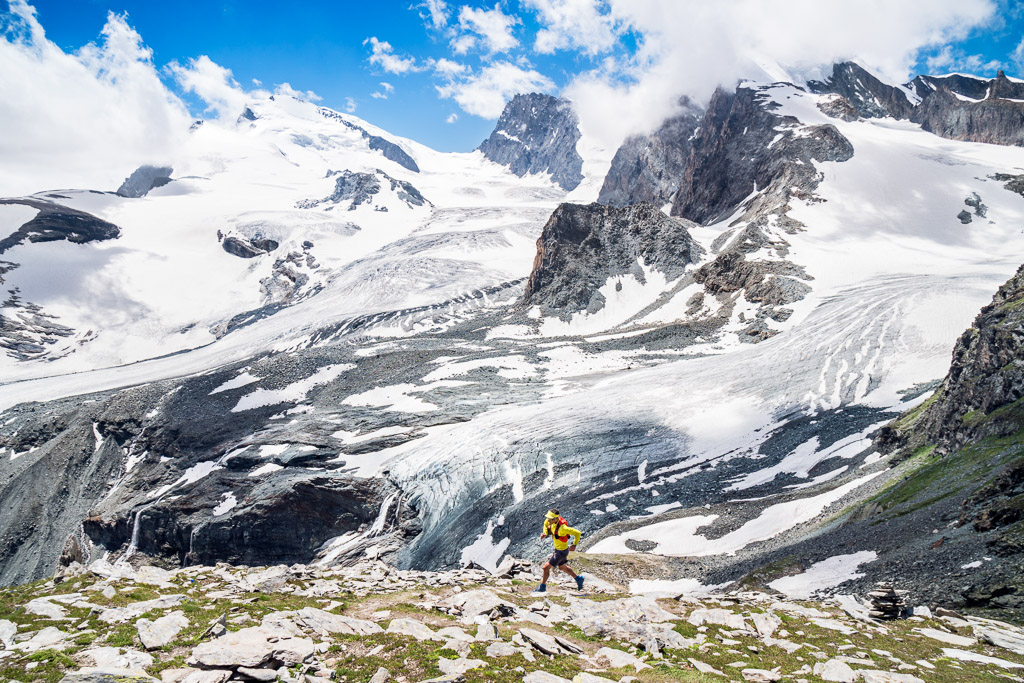 Nearly every type of mountain terrain in one trail run

Saas Fee is another end of valley village. Like so many of these small towns, but even more impressively, it sits beneath an impressive wall of mountains and glaciers. It's one of the Alps must see mountain towns.

Starting at the Saas Fee bus station, you'll gain nearly 800 meters making your way to the tram station Plattjen. As you turn the corner at Plattjen and lose sight of Saas Fee, things quickly turn to much more remote trail running. Getting to the Britannia Hut is nearly all running, with one steep moraine and, depending on the year, some snow field crossings.

Once you reach the hut, skip it, for now, and quickly climb the Klein Allalin, 3069 meters, for some great views of surrounding glaciers and 4000 meter peaks. Okay, now you can descend and order lunch at the hut!

Next up is getting on the Hohlaubgletscher. Once on the ice, follow posts south to a rocky island that separates the Hohlaub from the Allalingletscher.

While the Hohlaubgletscher was dry and mostly frozen solid, the Allalingletscher is a sweeping traverse in soft snow that left our feet soaked. Get it done, and get your shoes off and drying in the sun on the Schwarzbergchopf, where you'll surely plop down on smooth flat rocks to bake in the afternoon sun.

Time to drop, and it's quite a drop to the Stausee Mattmark. When you aren't staring at your feet, take note of views cross valley and above the lake of the striking Ofental, which is the descent of the Jazzilücke Run. From the lake you'll run down valley to Saas Almagell on the same, fast flowing trail as the Jazzilücke Run. But save some juice, from Saas Almagell you have almost 150 meters of gain to get back to Saas Fee, and what will surely be a well deserved beer or three.

You can read a Glacier Trail hiking report at ALPSinsight.

While you're in the region, you can also run the Saas Almagell loop. 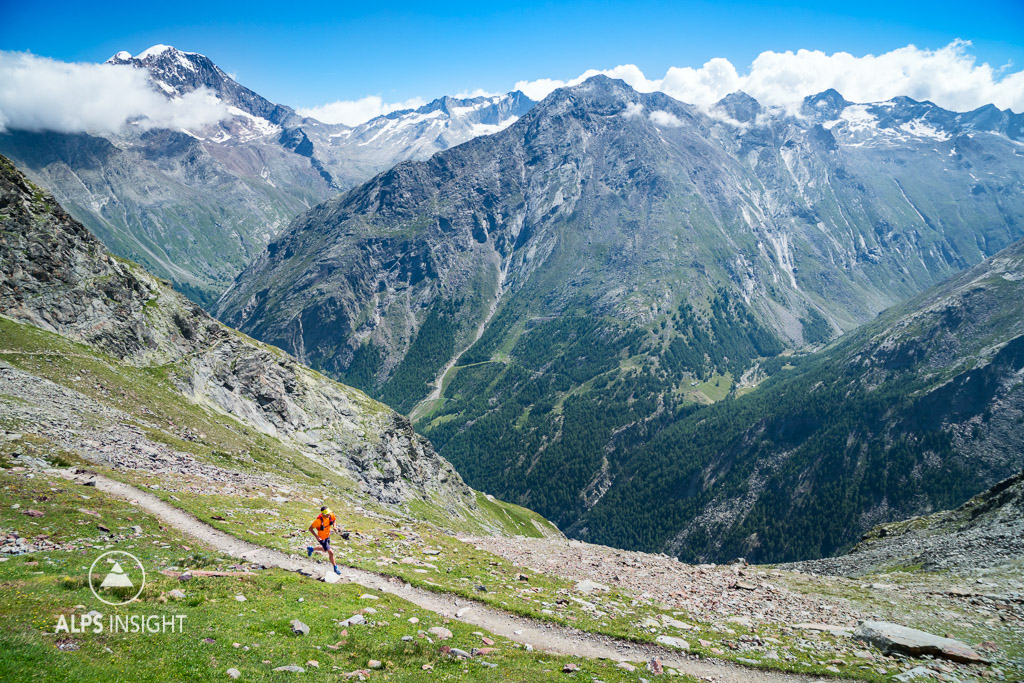 Popular hiking trails make for smooth running trails. On the way to the Britannia Hut. 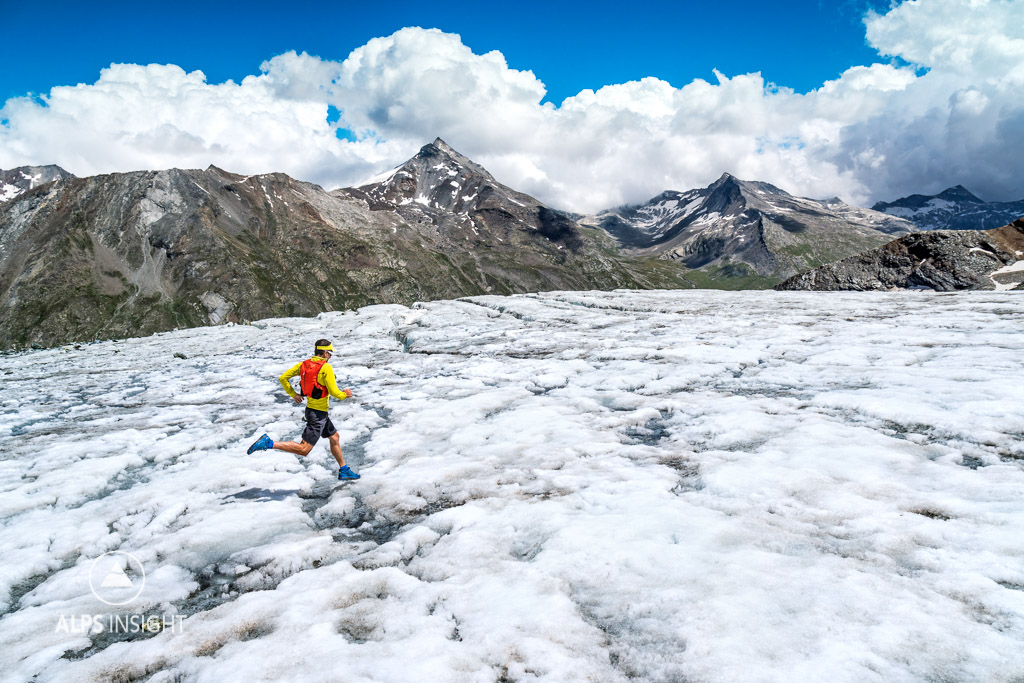 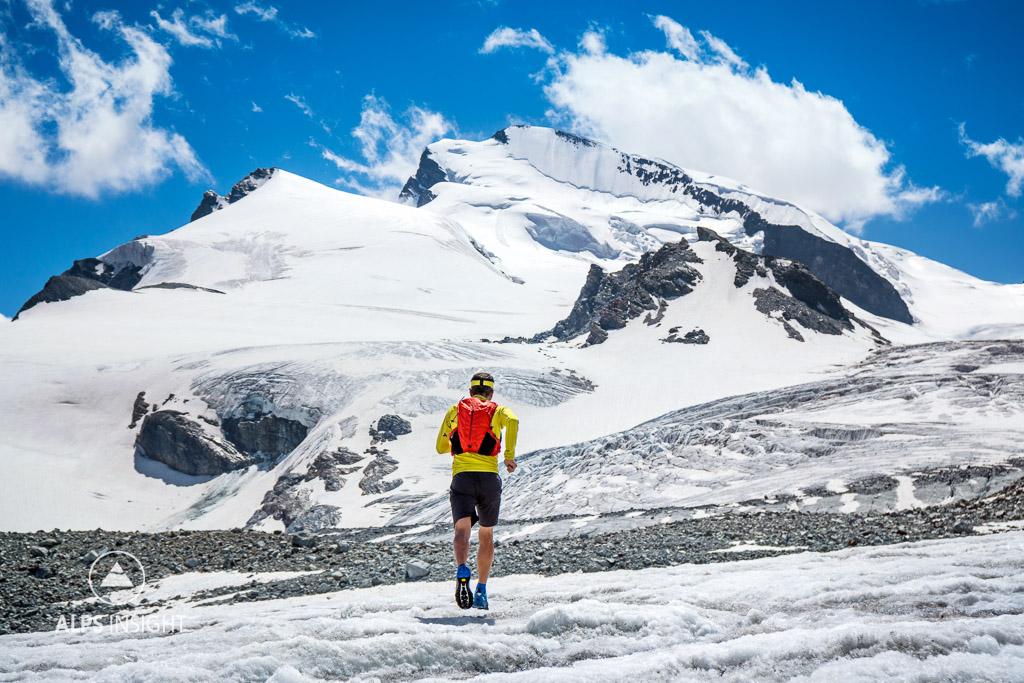 Running on glaciers can be like running on rock when conditions are frozen solid. Dan running towards the Strahlhorn. 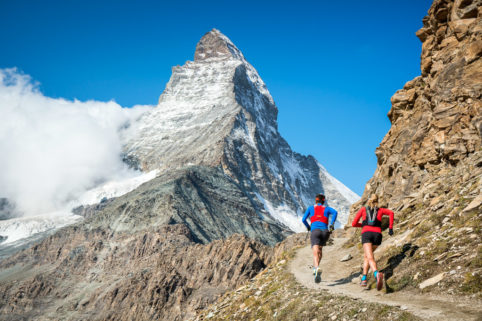 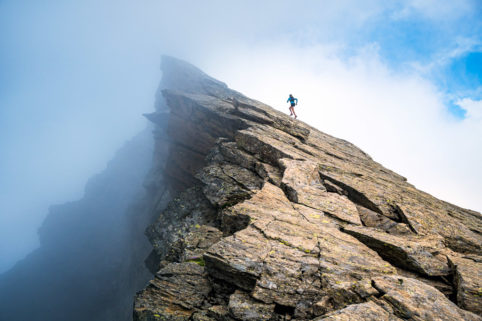 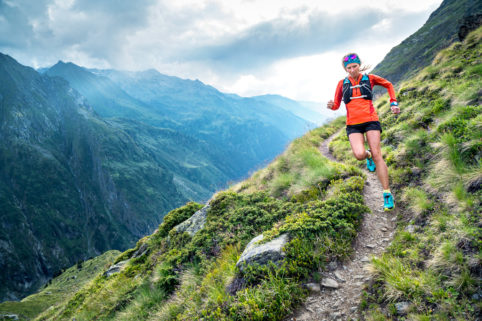 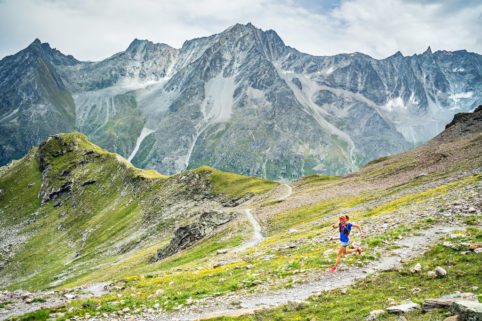