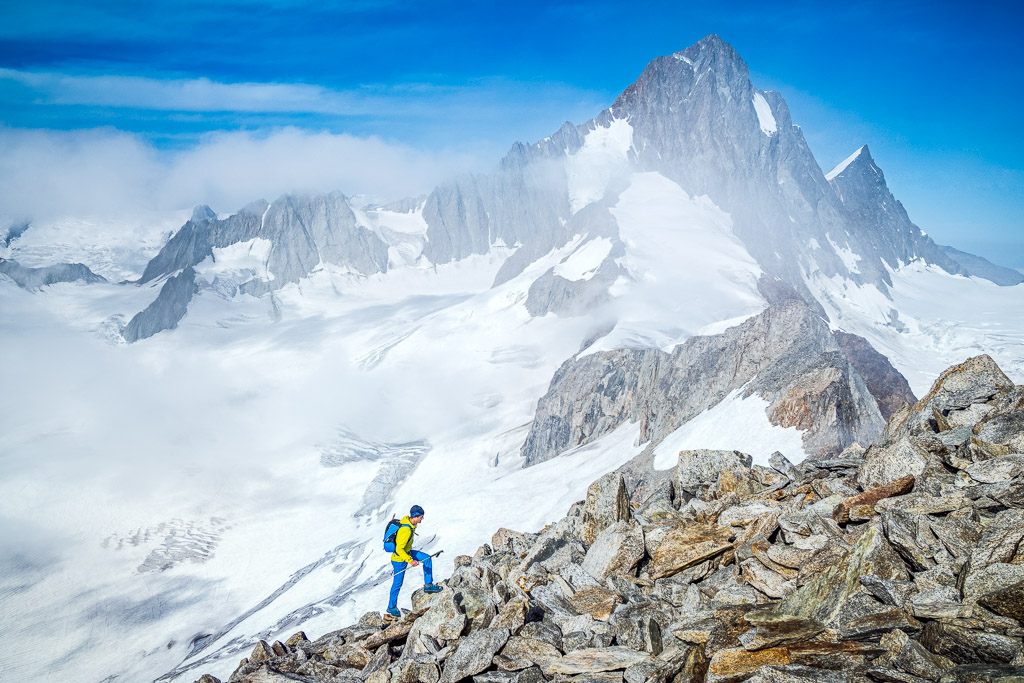 Oberaarhorn: A long and easy alpine day, the full package

We left the car in the faint pre-dawn glow and began running along the shore of the Oberaarsee. Far in the distance was a line up of big mountains, one of them was our destination.

I love these objectives that I call The Way Up. We had running shoes, small packs, the lightest of gear and a stable weather forecast. The smell of damp grass accompanied smooth singletrack to the west end of the lake, where we arrived to the snout of the Oberaargletscher. Here, one literally steps from stone to ice, transitioning into a whole new world.

The glacier pulled us right where we followed a lane of rock frozen into the ice's surface. The glacier steepens as you move west towards the Oberaarjoch, eventually requiring us to strap on crampons so as to continue moving quickly. As we approached the Oberaarjoch more snow covered the glacier and crevasses began appearing beneath the track we were following.

Once at the joch, we removed the crampons and climbed the ladder accessing the hut deck. Behind the hut is the well worn trail to the Oberaarhorn, which leads to a talus field before snowfields beneath the summit. From the hut to the summit is little more than walking, allowing plenty of opportunity to stare at the Oberaarhorn's 600 meter higher neighbor, the Finsteraarhorn.

In typical summer fashion, we arrived to the summit as clouds began to engulf the mountains. Once the curtain had fallen we started down, which, thanks to the clean trails and smooth glacier goes very quickly.

Overall, the Oberaarhorn is a perfect intro for trail runners wanting to add in an alpine peak, and some gear to play with while doing so. You can read our full trip report at ALPSinsight's Oberaarhorn Story.

Any routes on glacier are subject to change. The user is responsible for knowledge of glacier travel and personal safety. Track is one way, reverse for return. 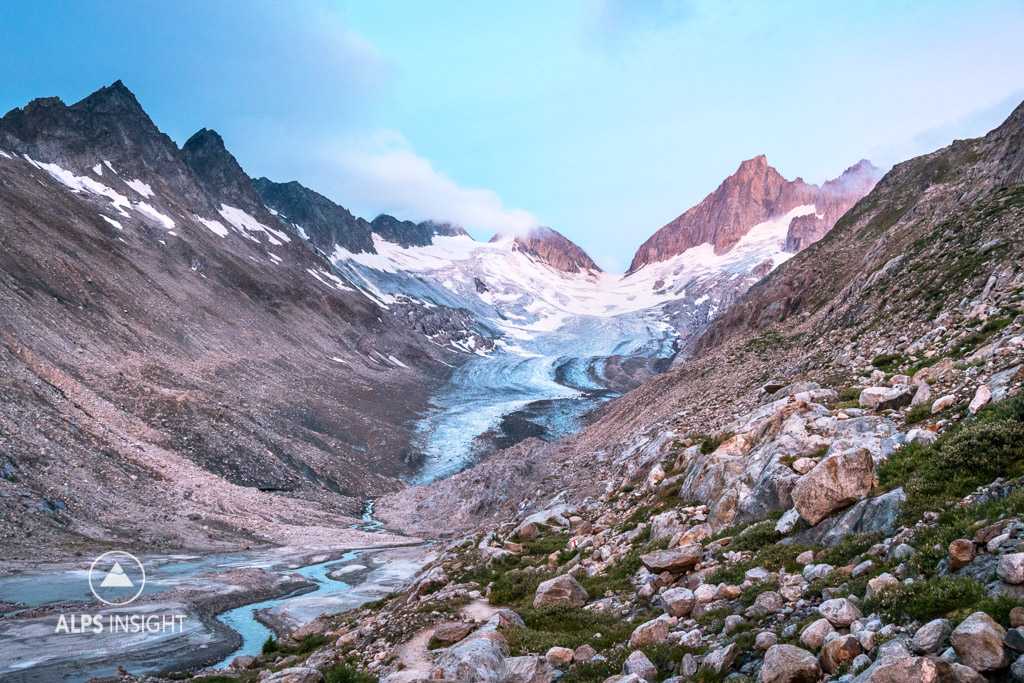 Your day is laid out ahead; follow trail, head up the glacier to the col, turn right at hut, go up peak. 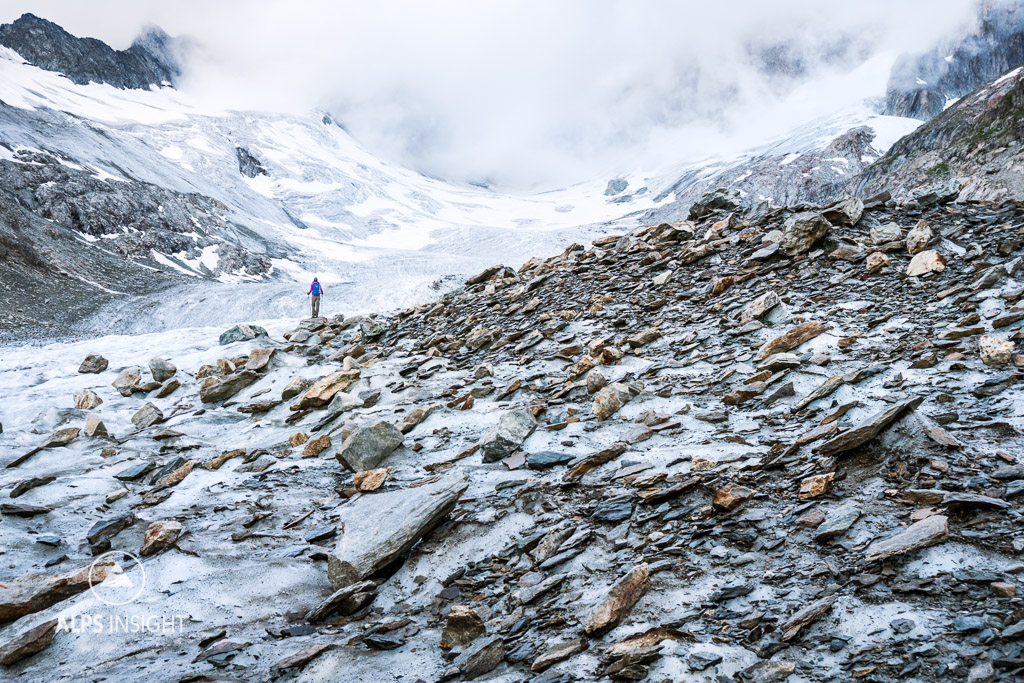 Low on the glacier, it's solid ice and easy walking. 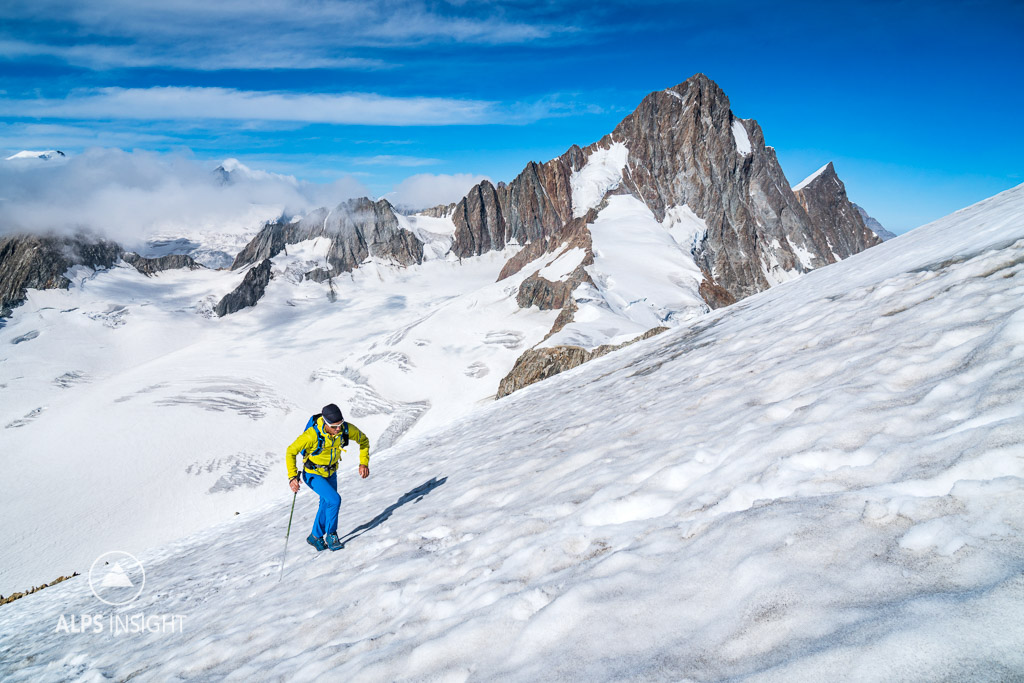 On the Oberaarhorn, the going is easy walking up rocks and snowfields. In the background is the Finsteraarhorn. 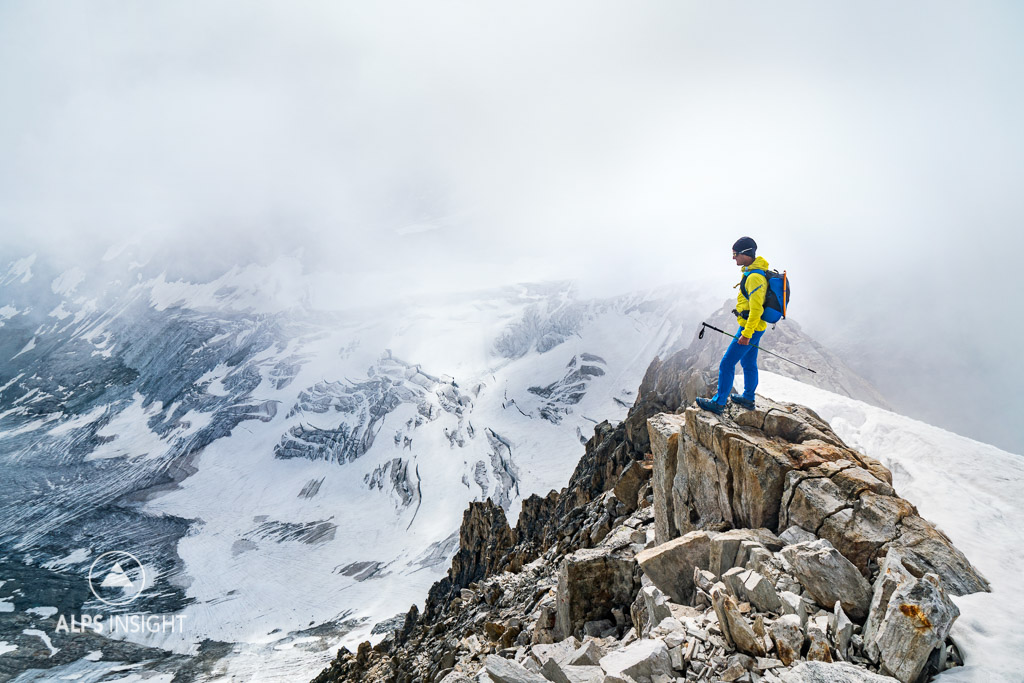 The Oberaarhorn summit with the cloud curtain about to fall. 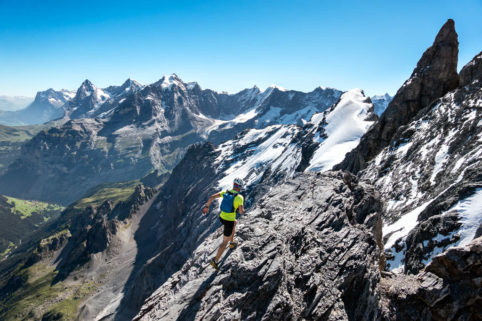 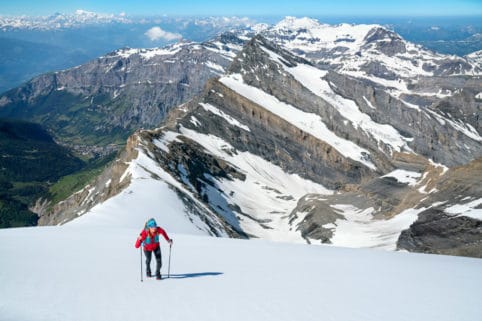 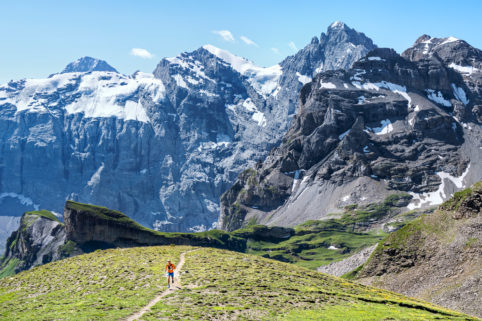 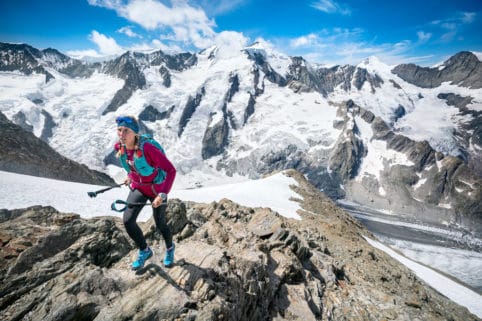