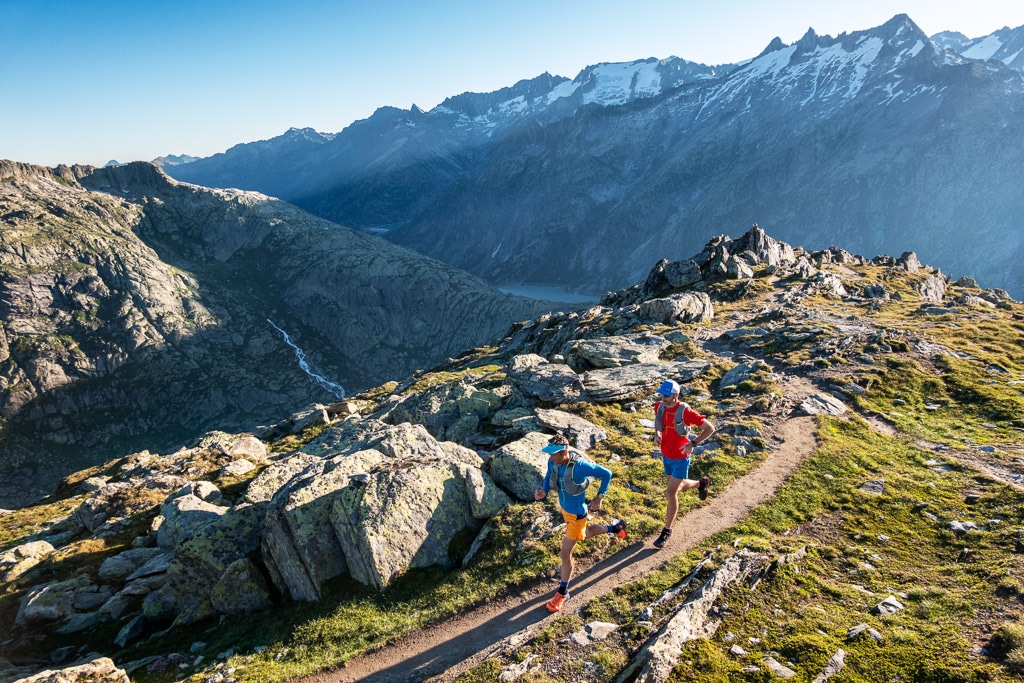 We highly recommend starting this one in the pre-dawn to time your arrival to the ridge with the sunrise. The views of both the Valais and Berner Oberland 4000 meter peaks, including the Matterhorn, are well worth the early alarm.

The Gross Sidelhorn loop can very easily be broken down into two parts. Departing from the Grimsel Pass, part one is a rocky ridge traverse requiring careful navigation through mostly solid talus. First, you'll climb steadily on trail for about 3km before reaching a rocky ridge to the first summit, the 2764 meter Sidelhorn. Pass through the crowd of hikers that got up even earlier than you to find yourself a piece of summit where you can gape at a view of so much of the Alps.  If the people that brought stoves and moka pots up don't get your hints at needing a sip of that freshly brewed coffee, continue on your way towards the Gross Sidelhorn.

Once we left the crowded summit of the Sidelhorn behind, we saw only a few other people on the ridge. The ridge itself is never difficult, but slow going as you carefully step on and between boulders. High points on the ridge can be avoided by easily traversing beneath them. Generally stick to the ridge top for some of the more stable rock hopping. You'll need general talus navigation skills for the next 3.5km to reach the Gross Sidelhorn.

The summit of the Gross Sidelhorn also provides the big views, but thanks to a more difficult approach, it comes without hissing stoves, selfie sticks, and campers emerging from sleeping bags. Take a minute to study your way down - you'll see the trails far below, along the shore of the well named Rundsee, but getting there requires some off trail route finding. There's a grassy ridge above the Üelisee leading directly south once you're off the talus of the Gross Sidelhorn. Take note, that's your exit.

From the summit, you'll descend south west following cairns down a somewhat ugly loose gulley. Pay close attention to the route, it'll zig right and zag left over various obstacles to keep you on the cleanest line. Lose the line and you'll be in much looser terrain. The way is fairly well traveled but gets tougher to follow when it passes through rock. Take your time and stick close together to avoid knocking rocks onto each other.

When you exit the gulley, you traverse south and westward onto that grassy ridge you took note of from the top. Once on the ridge, follow it until it intersects with the main trail. Hang a left (east) and head for the finish, this is part two and it's all smooth running from this point to your car door.

Since you'll be staring at one of our Way Ups all day, you might also consider a completely different kind of tour while you're in the region, the Oberaarhorn. 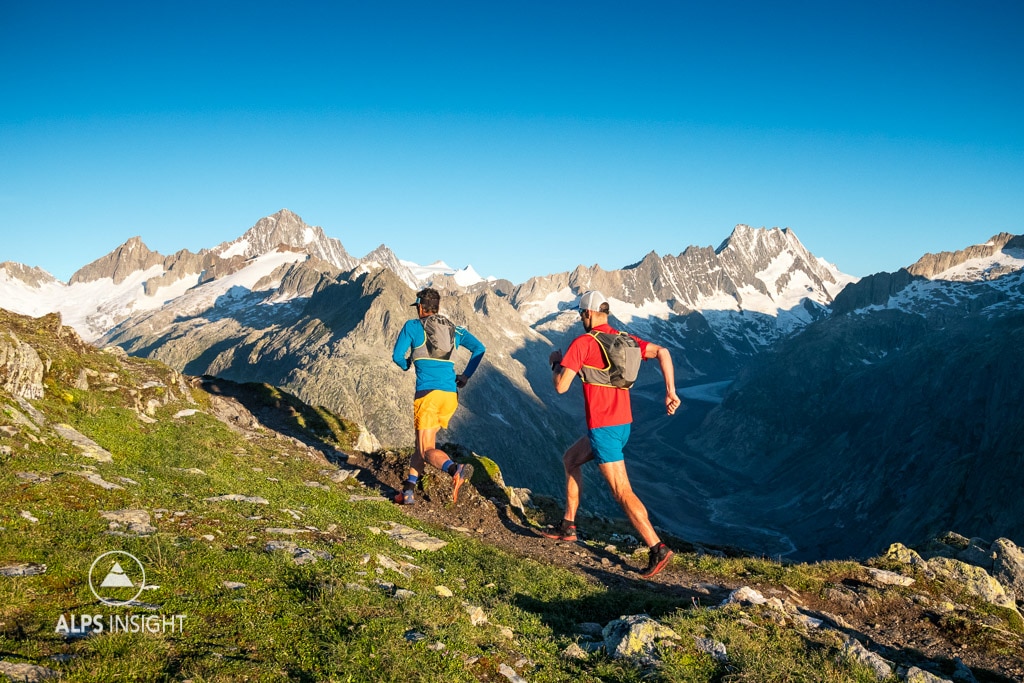 Early morning cruising for the Sidelhorn. From the Grimsel Pass, grassy singletrack leads to the rocky ridge. 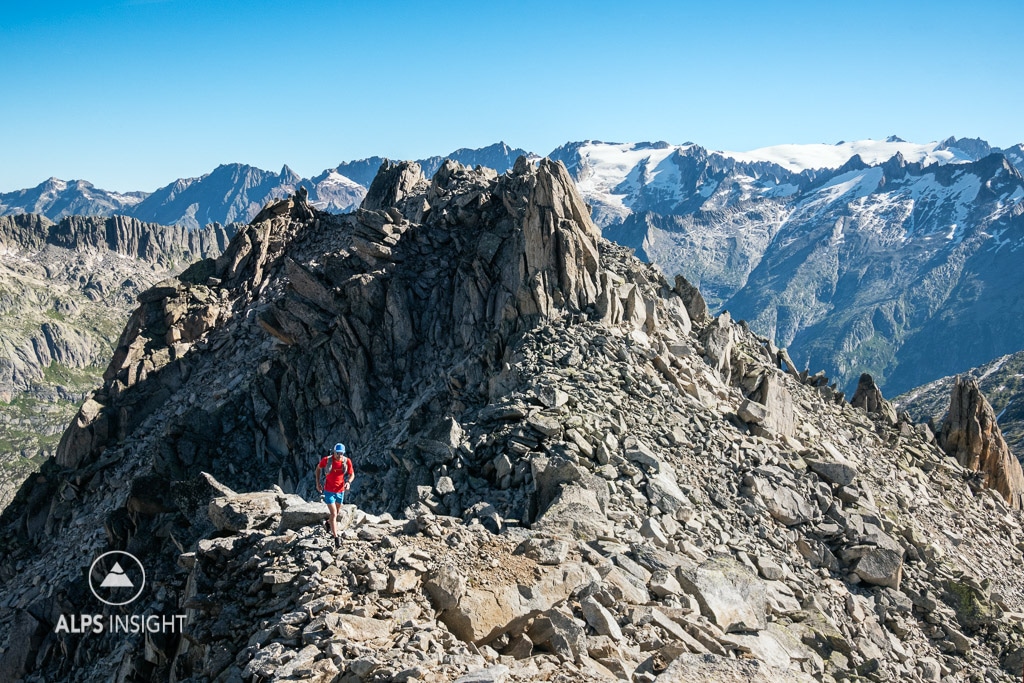 Mellow rock hopping on the way to the Gross Sidelhorn. 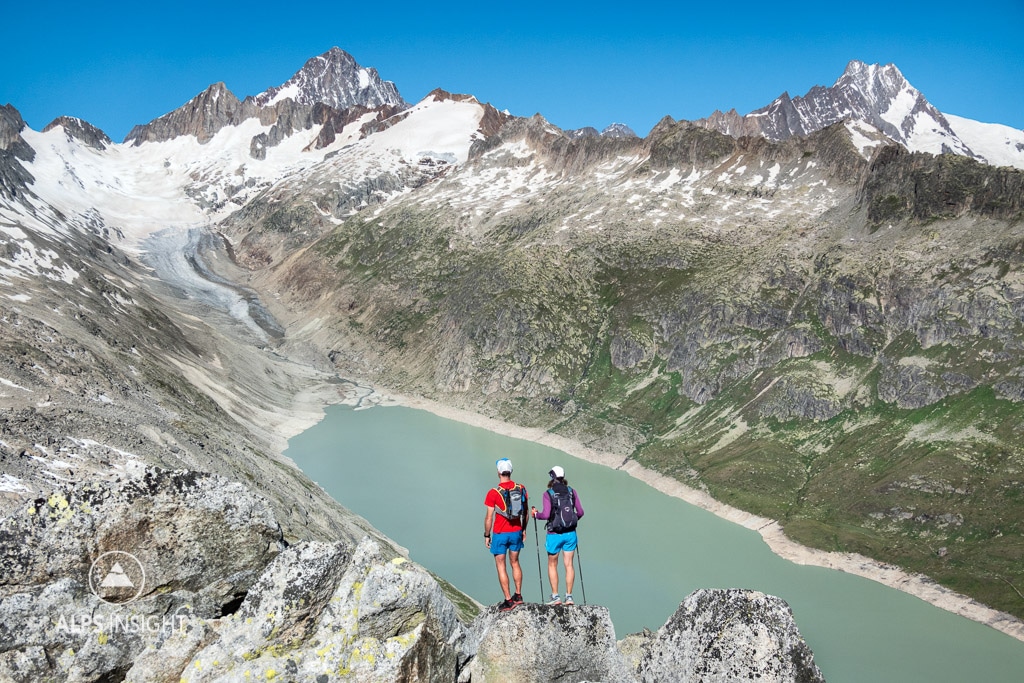 Gross Sidelhorn summit views. The left most shark fin summit is a Way Up, the Oberaarhorn, which ascends the left skyline from the glacier approach and sharp col. 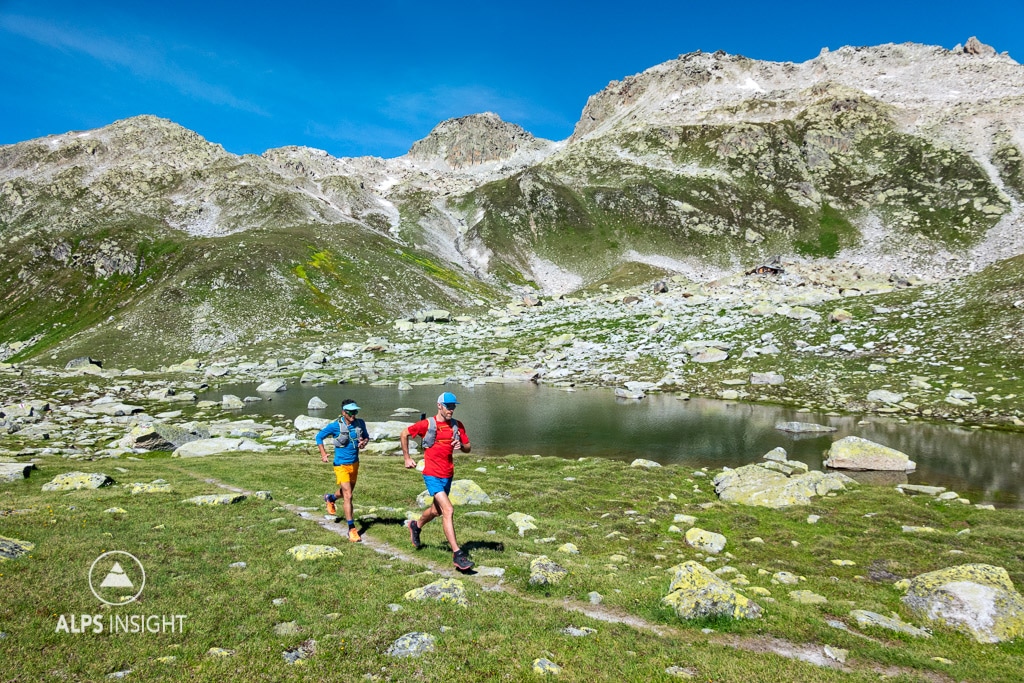 Once off the rocky ridge (above), switch on your trail run auto pilot and enjoy the friendly terrain. 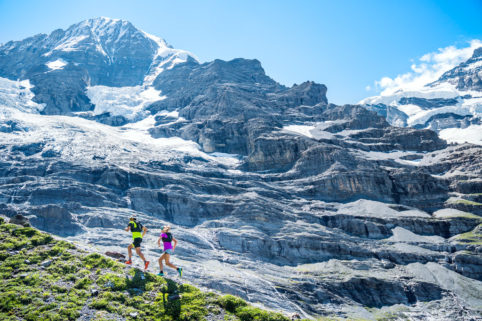 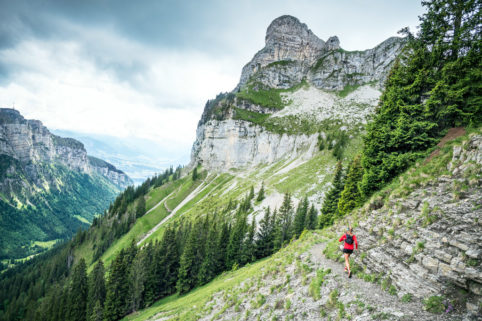 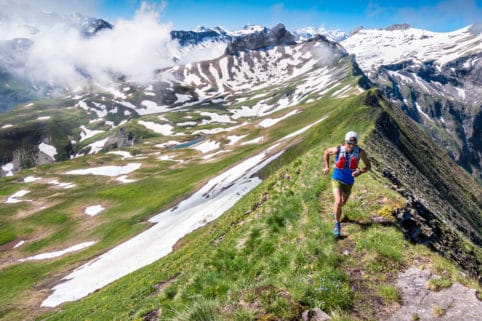 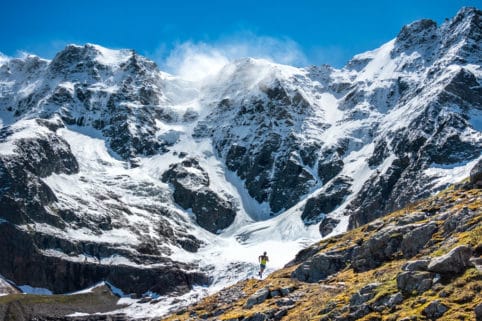