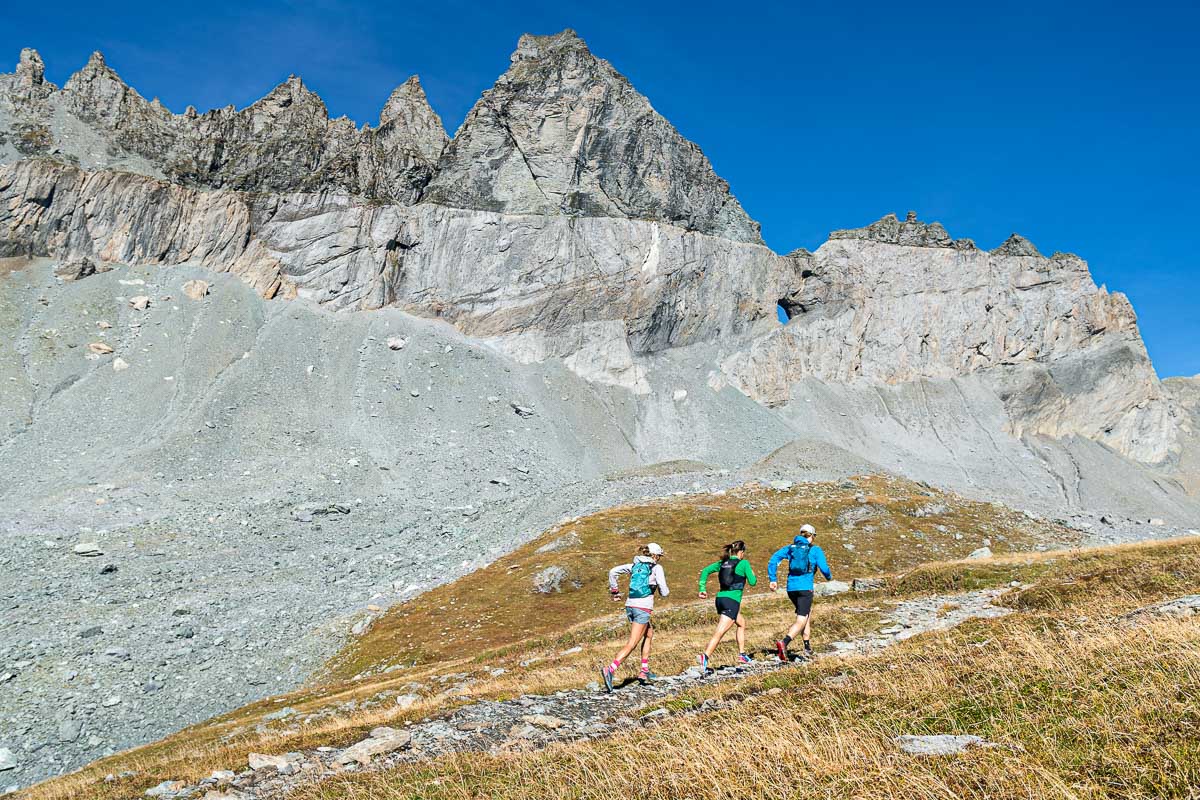 I kept hearing about Flims Laax and mostly wondered why you could never say one village name without the other. Flims and/or Laax, don't seem to exist on their own and yet they aren't that close together. What prompted them to come up in conversation was the fact that they were on to something. It seems that a youthful, progressive outlook on mountain tourism had taken root and they weren't the same old boot-wearing Switzerland. I was intrigued.

We visited for an addition to the site and were joined on our run by two locals, including trail running guide Tim Frey.

There is a sense of something different in Flims. Mountain bikers rolled around on non E-bikes, small pubs lined the streets and craft beers were clearly visible. The menu boards didn't just list schnitzel and rösti, but exotic delicacies like veggie burgers and falafel. Change is good.

The highlight of the region is the UNESCO World Heritage Site Sardona directly above Flims. Here, the mountainside reveals some unusual processes in the formation of the Alps. Or, as Tim explained, the mountains in this region are upside down. The evidence is in the form of a horizontal line running the width of the limestone cliffs above Films, where, oddly for the Alps, the younger rock is below the older rock.

In addition to this attraction is the Martinsloch, a giant hole in the cliff that goes cleanly through to the north side of the wall. But that's not all that's in this geological wonderzone... it's also home to the Segnesboden, an upper and lower flood plain who's water courses are in a state of continual change, causing the landscape to also change from year to year.

Tim took us on the local classic run while providing the geological interpretive tour. We ran through the attractions, and even with all the excitement, did not fail to notice that the trail running was absolutely stellar. With every trail junction, Tim pointed out what else we could go do. But that'll be for next time.

Turns out Flims, okay Flims Laax, is home to some huge potential for trail running. 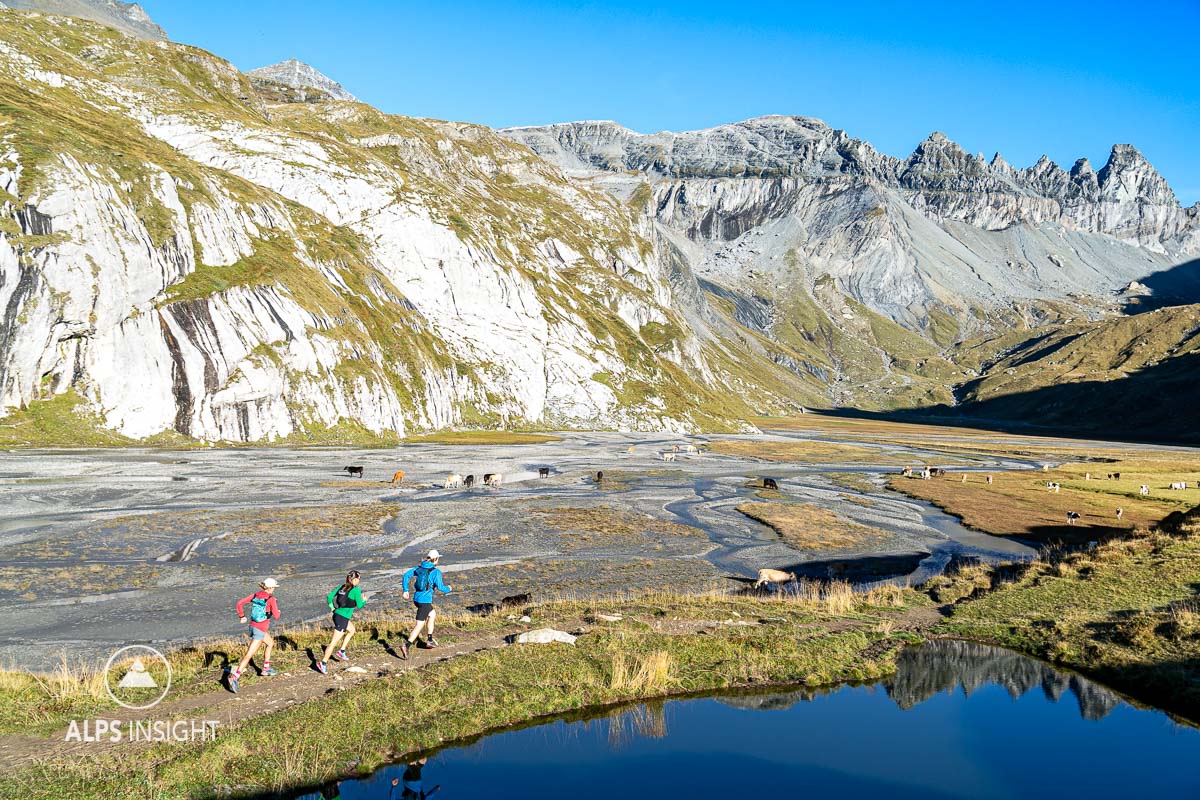 Passing along the edge of the Segnas Sut 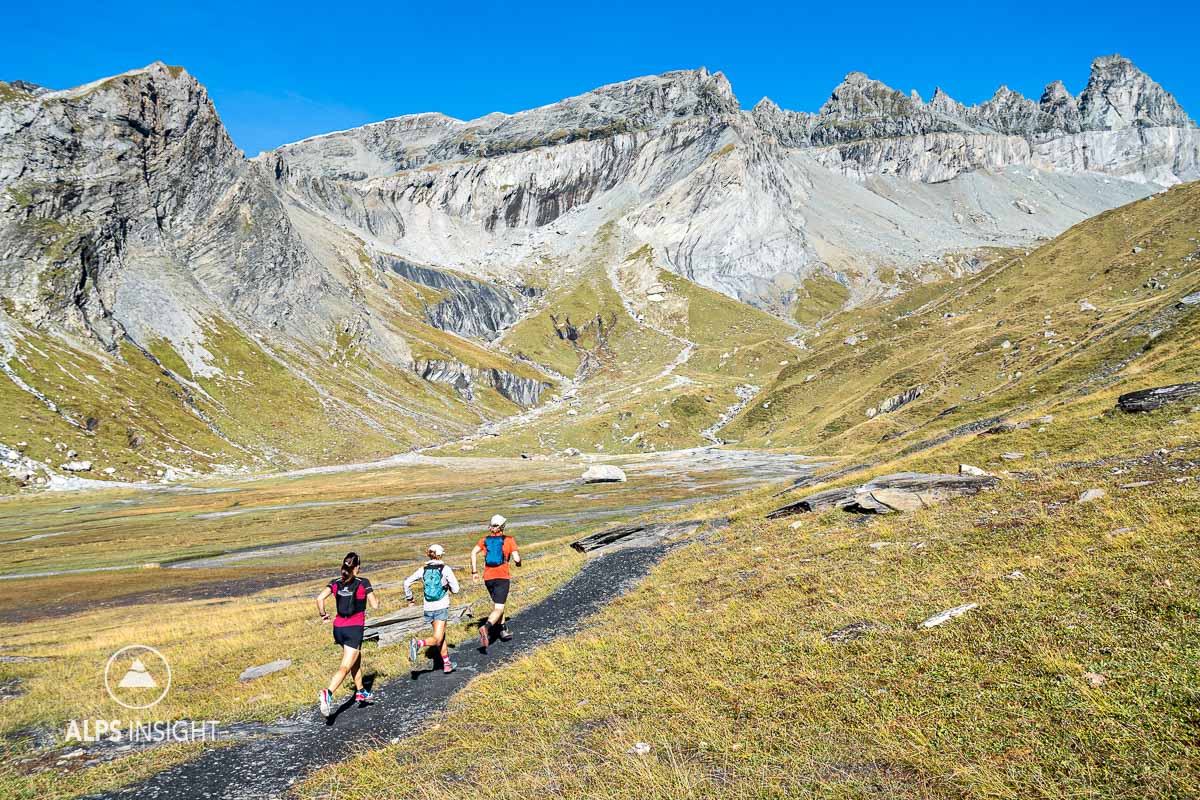 At the back of the Segnas Sut the trail rises up below the Tschingelhörner, the upside down mountain 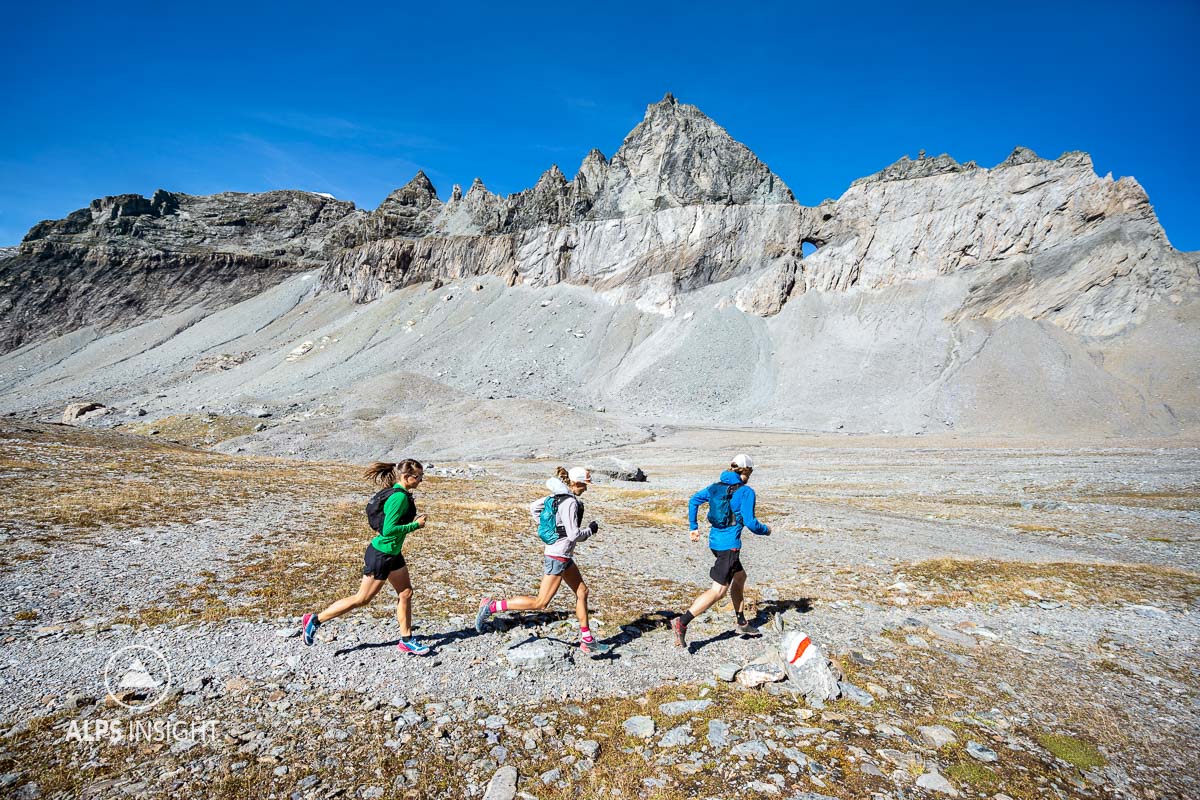 The Tschingelhörner, behind, is actually upside down, and there's a hole in the mountain. Confused? 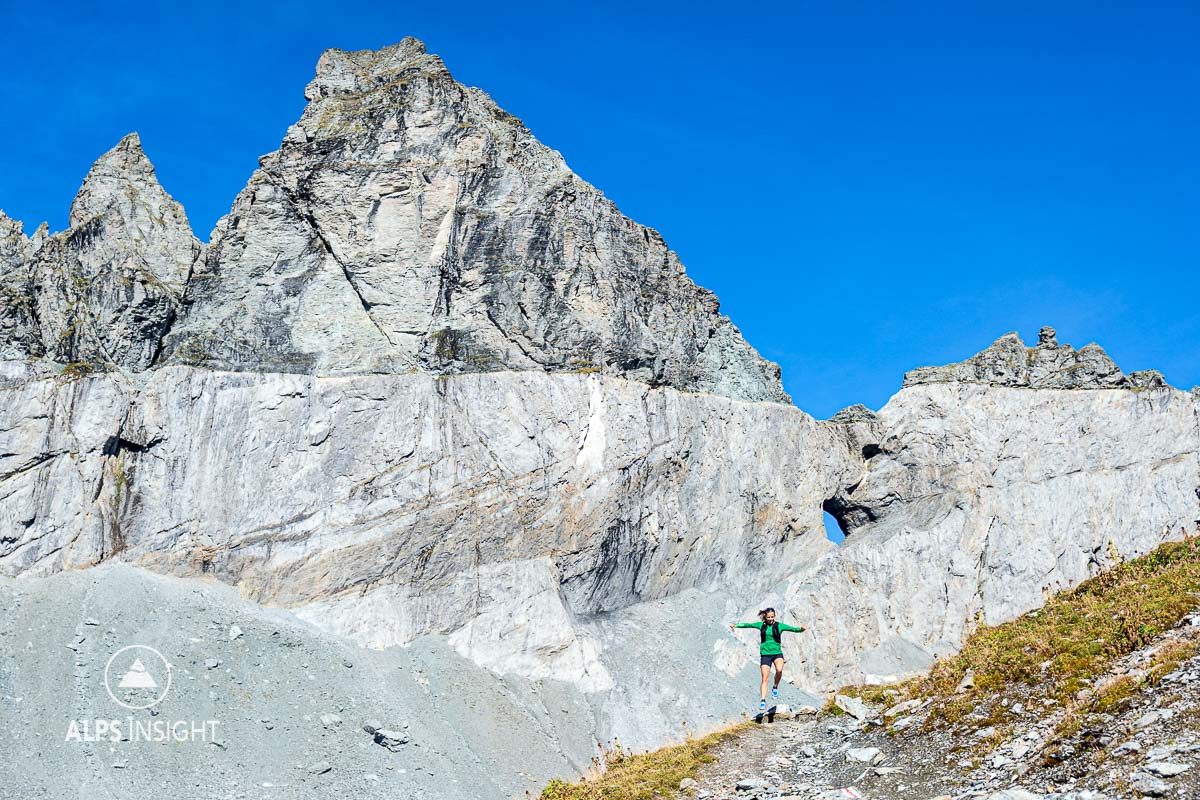 The Martinsloch is the curious hole in the wall 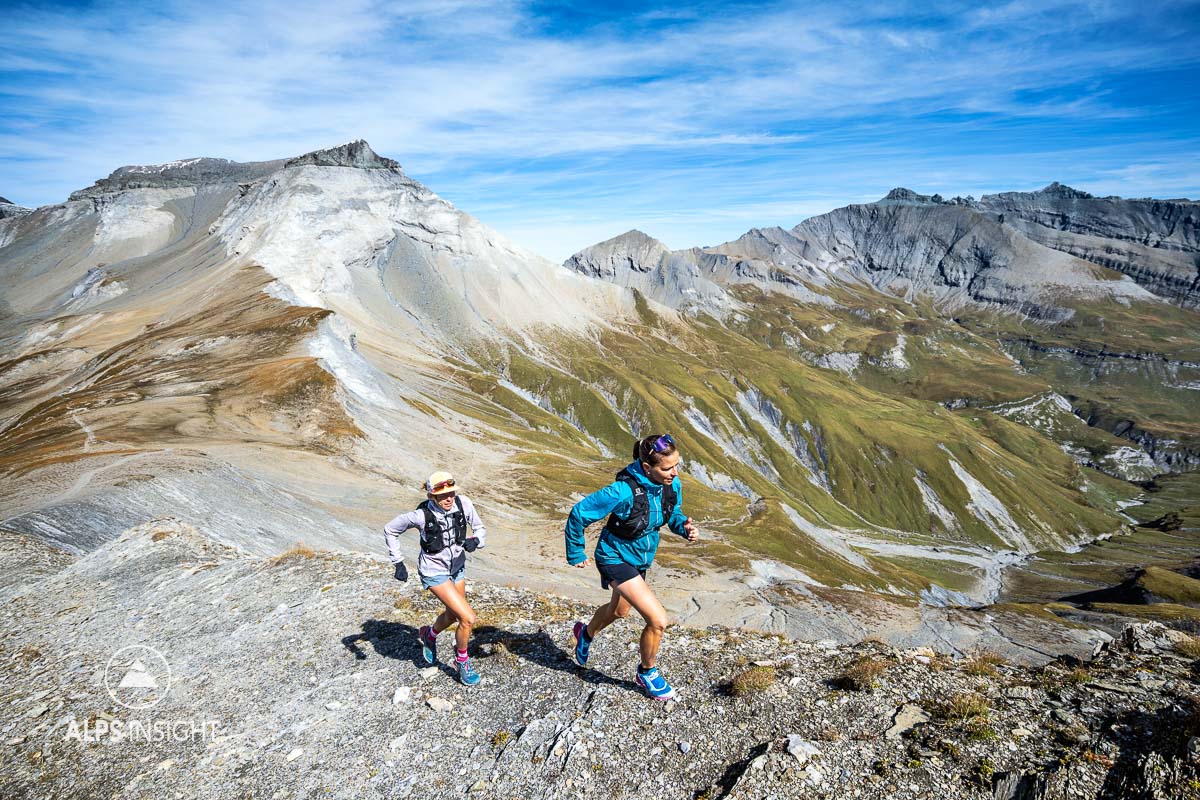 Headed for the route's highpoint, the Fil de Cassons 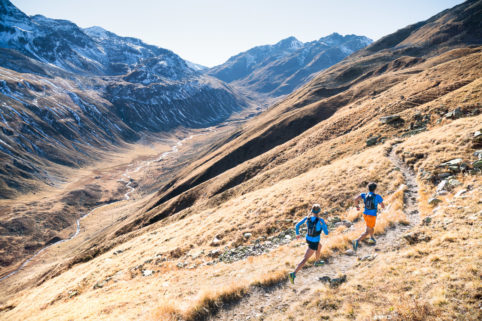 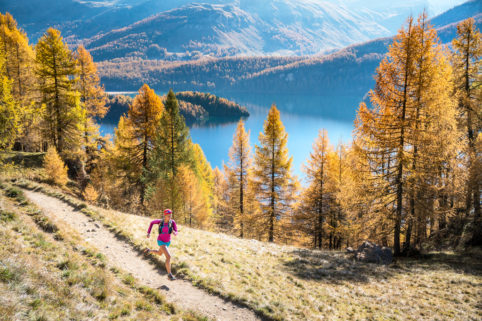 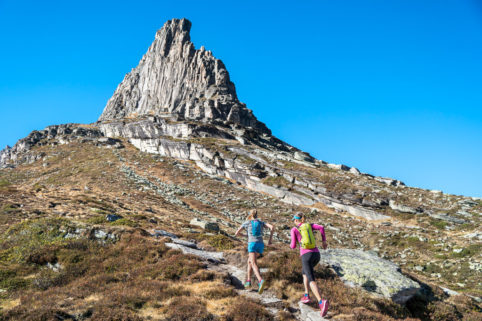 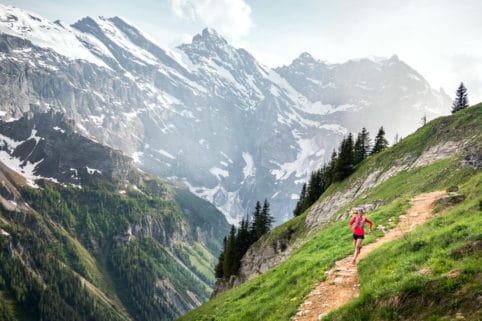