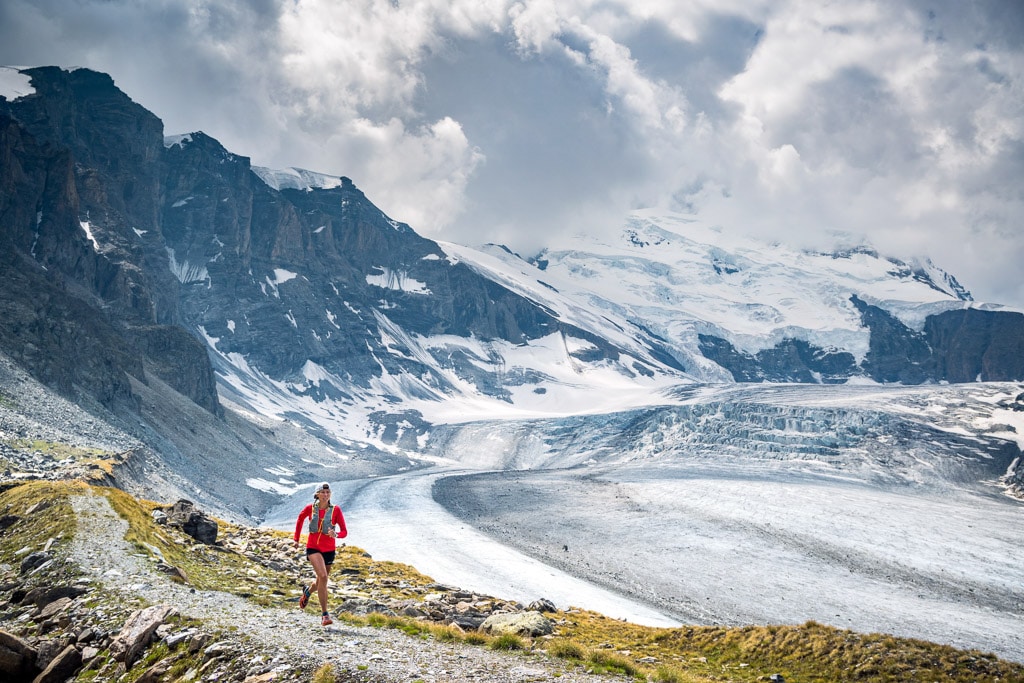 My two dead toenails weren't so pleased with the downhill trudge in alpine boots. We'd climbed the Combin de Corbassière in the morning and for our descent back to the car were stomping down one of the most beautiful trails I'd been on all summer. "I want to run this," I kept thinking. Especially when runners, who came past in abundance, flitted by in light gear. Back down in the valley, with boots tossed aside and tired feet soaking in the river, we decided to stay another day only to get back on the same trail we'd just walked down. This time we would run.

On what should have been a rest day, and after a much needed coffee, we started trotting along the trail to Bonatchiesse where a climb begins to the Col des Otanes. Steep and relentless, the trail leads us into the forest, and then well above it, where it pops us out on green, open slopes. At La Tseumette the trail comes in from Mauvoisin and we watch runners cruising that direction too.

Gorgeous trails spread out in all directions. It felt like discovering a secret running paradise, only it's not a secret to the runners already there. After the 1400 meter climb, we reach Col des Otanes, from there it's all downhill, and entirely runnable. We stop at the Cabane Panossière because it's impossible to pass their sunny patio cooled by the glacier, and after our stay for alpine climbing, we knew exactly which of their freshly baked tarts was the one to get. Pro tip... it's the tart aux amandes.

From the hut, we once again descend the uphill route of the Trophée Combins. As far as descents go, they don't get much more fun than the curves down the moraine. Then, we get to open it up on the same trail we'd felt like Frankenstein on the day before. But today, we stride along the Bisse de Corbassière, as the sound of the flowing water rushes and quiets around the bends. Finally, coming off the bisse trail, we begin a playful finish dropping through the forest and right to Fionnay where we once again soak our bodies in the river.

While you're in the Val de Bagnes, be sure to also run the Lac de Louvie tour that traverses the opposite side of this beautiful valley. 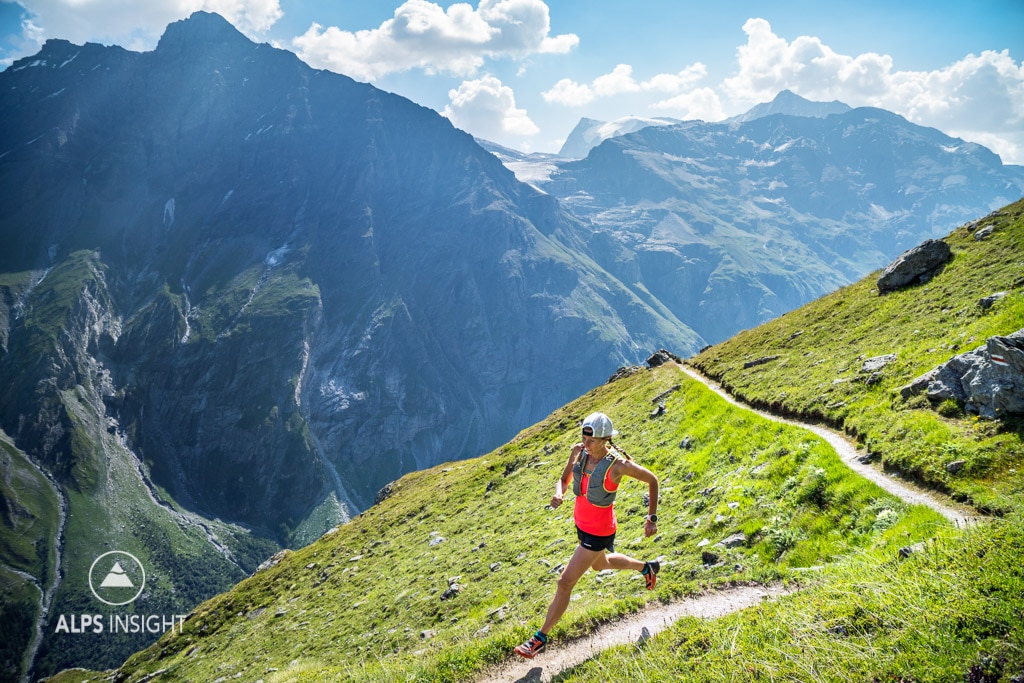 The 1400 meters of climbing come in the first half of the run. It's all up to Col des Otanes. 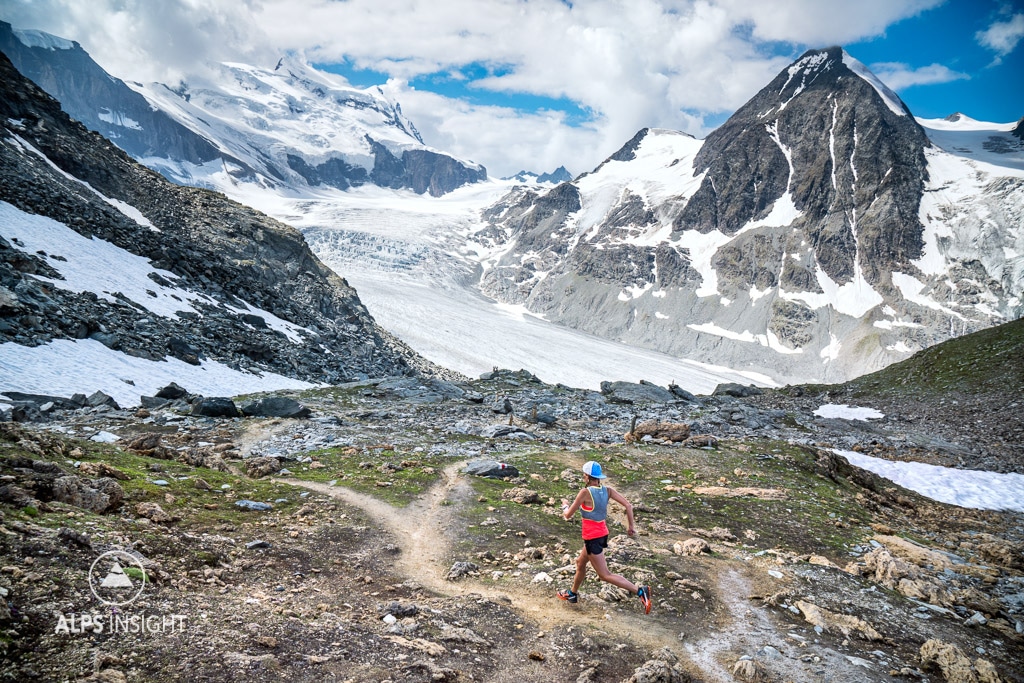 Popping over the col, we've entered the alpine landscape and new views of what's on the other side of the climb: Grand Combin. 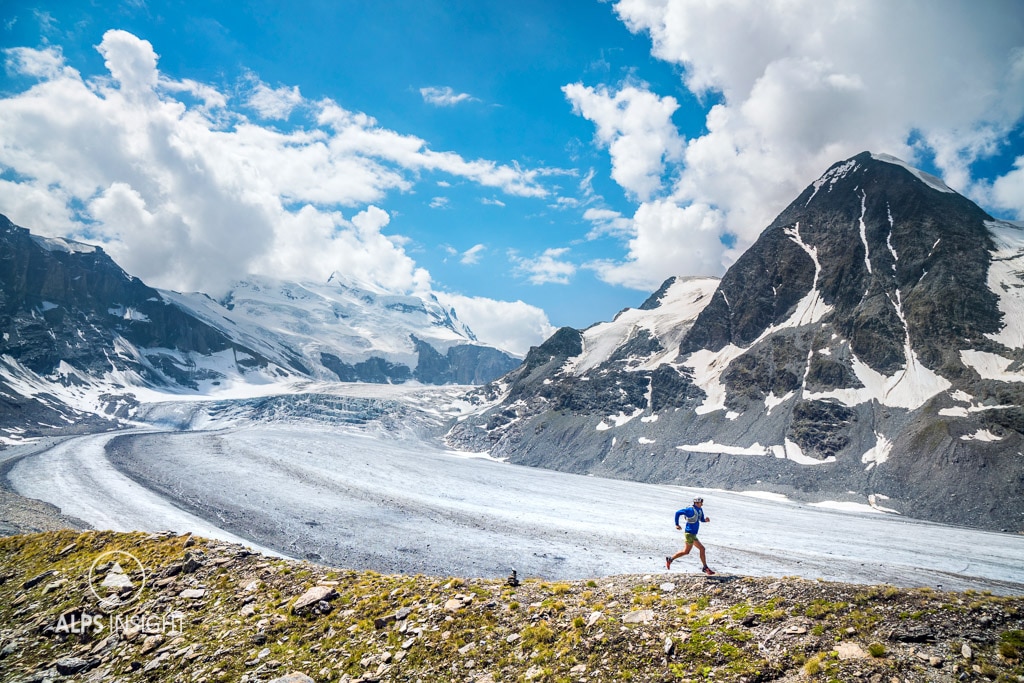 Dan racing over the moraine because he can't wait for another tarte aux amandes at the Cabane Panossière. 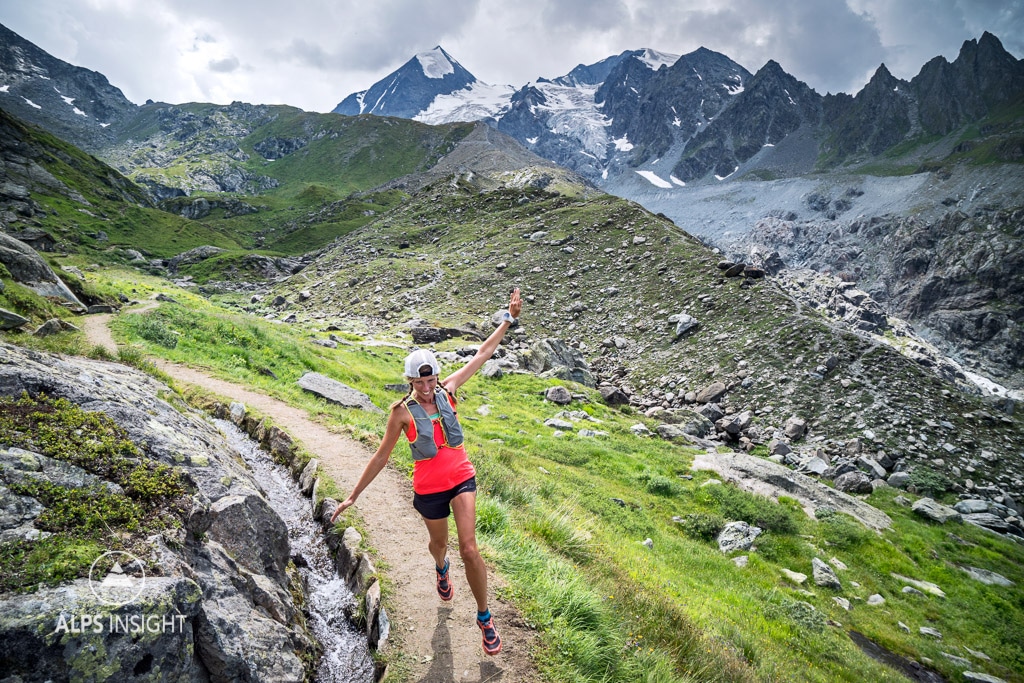 Flying alongside the Bisse de Corbassière. Trails don't get smoother than this. 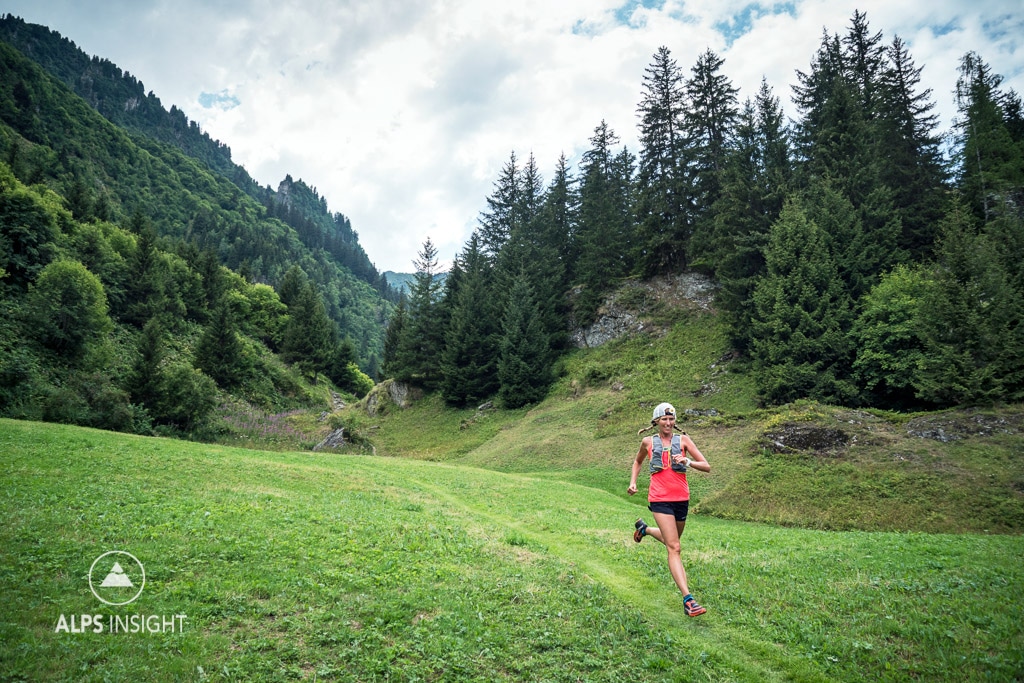 Kim making the final strides back into Fionnay to finish the loop. 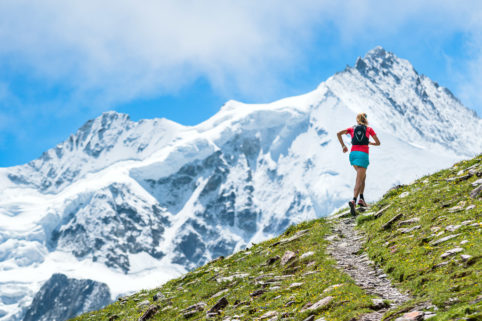 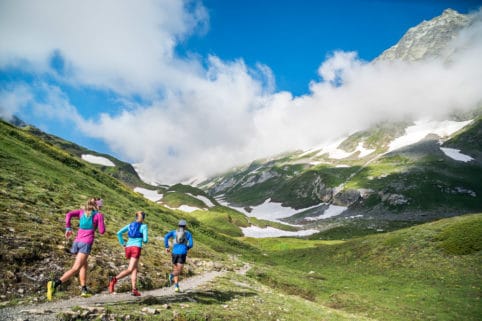 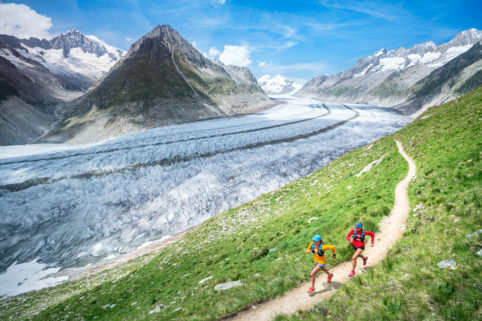 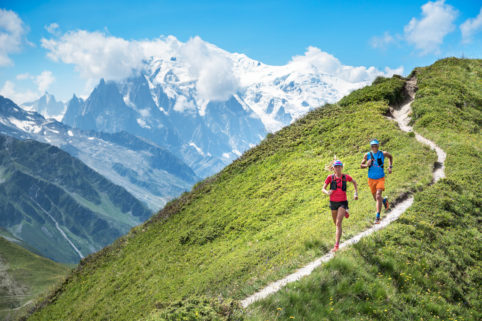