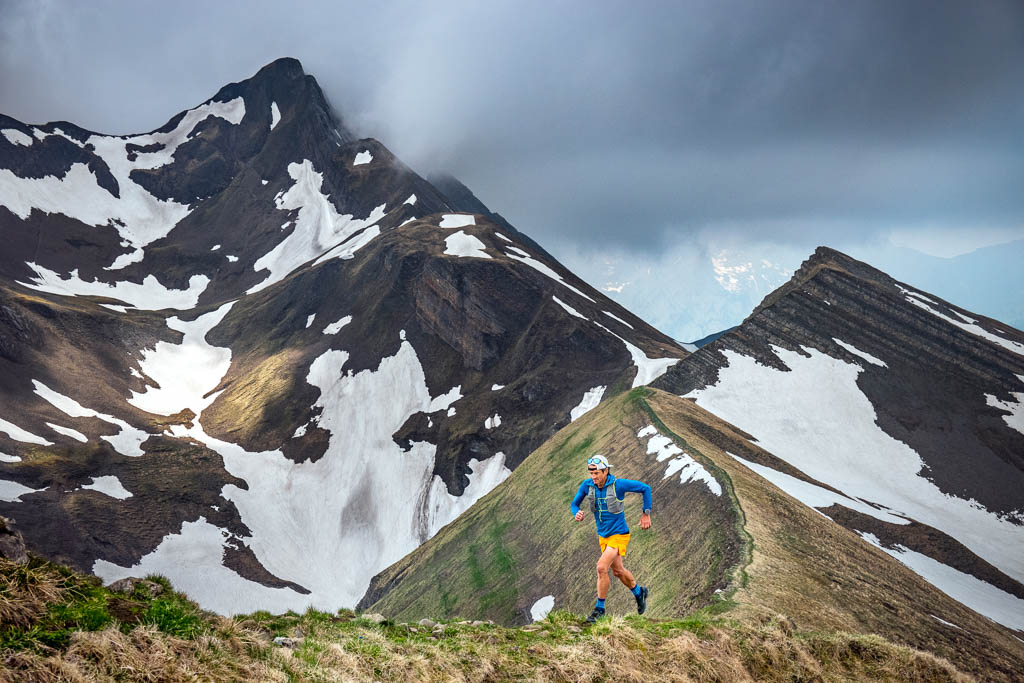 A great early season starter ridge to test the legs and the nerve for bigger things (ideal Hardergrat training!)

Regardless of your plans to do the Hardergrat, this is a great early season run. Why early season? The classic Central Switzerland runner challenge hits around early June in the form of massive milk-producing animals. Cows. We highly recommend going before the cows come to their summer pastures and do what cows do, and you avoid stepping in. Another reason to go early is to avoid the Maremma Sheepdogs that start their summer jobs sometime around early to mid-June. These dogs are potentially dangerous as they are trained to rip anything apart that threatens the sheep. Supposedly they are not an actual, physical threat to people, but when they are frothing, snarling and barring all kinds of pointy teeth in a fit of animal rage, you will probably take it as a sign of impending great bodily injury. It won't be a great time. Steer clear of the dogs and cows and you'll have all your limbs, clean shoes and great memories.

This run takes you to a place in Switzerland you'd likely never have reason to visit, and we enjoy discovering these kinds of places.

You'll start with a steep climb up a forested trail for about 1000 meters to gain the ridgeline. At this point you have a bonus peak option. The Oberbauenstock is a right turn on the ridge which gains an extra 400 meters and adds 3.6km to your day. But, your destination is to the left if you opt out of the Oberbauenstock and you will need to go straight into ridge running mode. In other words, up down up down be careful of your step... This is a Swiss blue and white trail, or "Alpine Wanderweg", which means it is considered serious and falls are potentially fatal. From what we saw, this is true. It's exposed, but you are always on a trail and the steeper sections have good steps. As a reminder, do not ever do these exposed, grassy ridges in rainy weather or immediately after heavy rain.

Keep on the ridge and after about 6km you'll arrive to the Steinalper Jochli and a quick descent into the rocky cirque beneath the Brisen. A short climb gains the col just minutes south of the Brisen summit. After you've had your fill of staring at the landscape, retrace your steps back to the col but once descending, you'll stay right and begin the 1400 meter drop back to your starting point. Another advantage to doing this in May or early June is that you'll likely have the option of a very long glissade down snowfields. Once back on less rocky terrain and among the farm houses, you'll have one last decision to make. The small gondola at Gitschenen can save your knees about 600 meters of pounding down dirt roads. 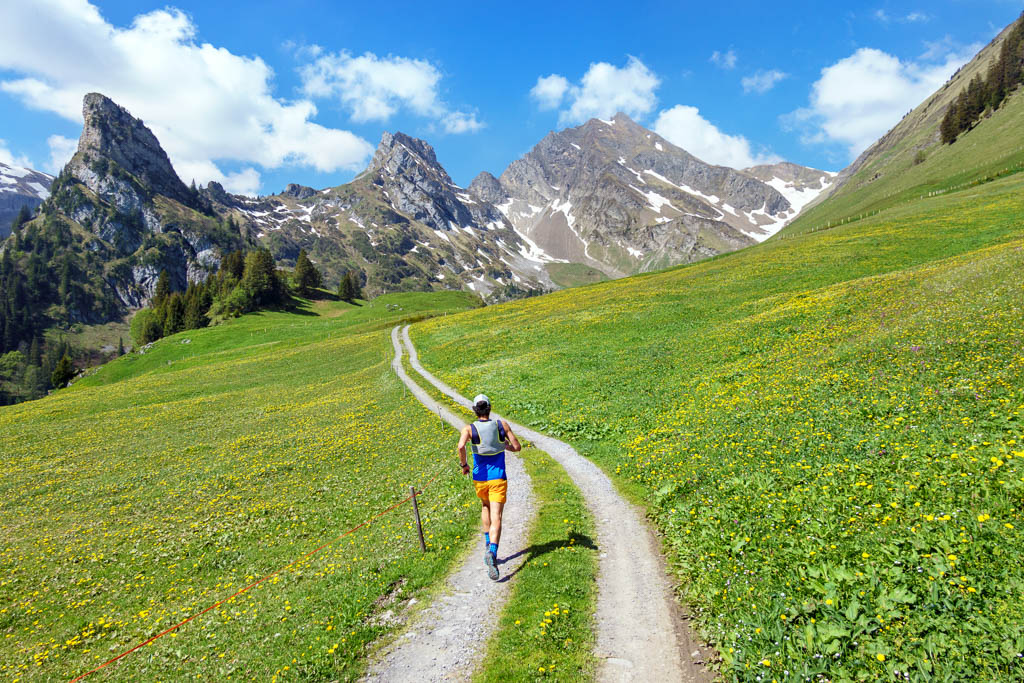 We did the loop clockwise and so started with the climb directly to the Brisen. 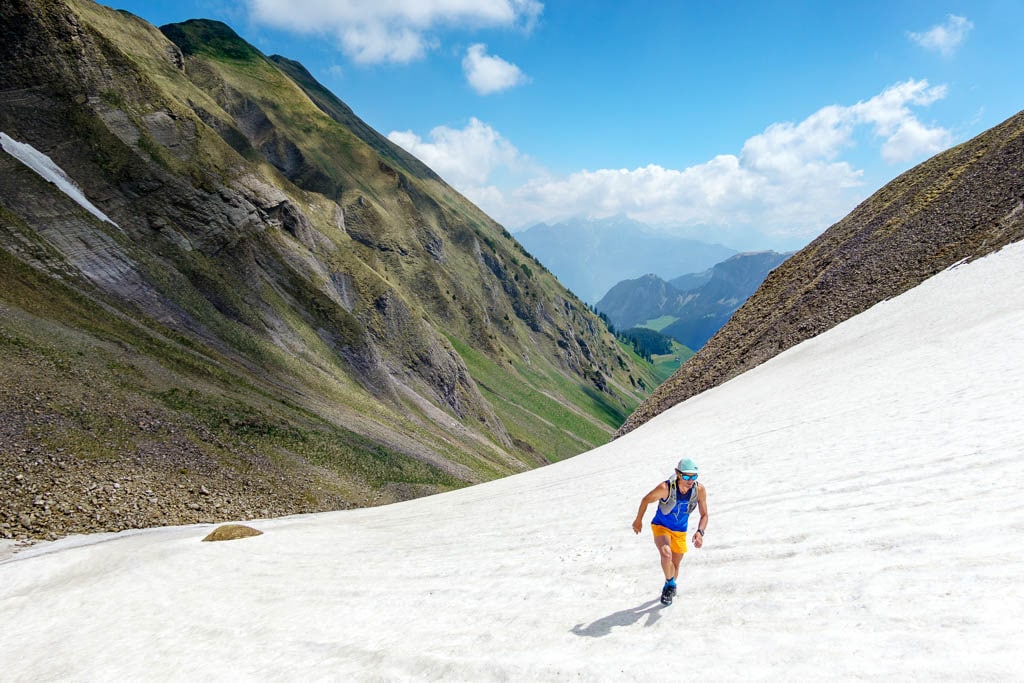 In late May 2020, a low snow year, there was one big snow field to climb and cross on the way to the Brisen. In normal years, and when done counter clockwise, this is your rapid glissade descent route. 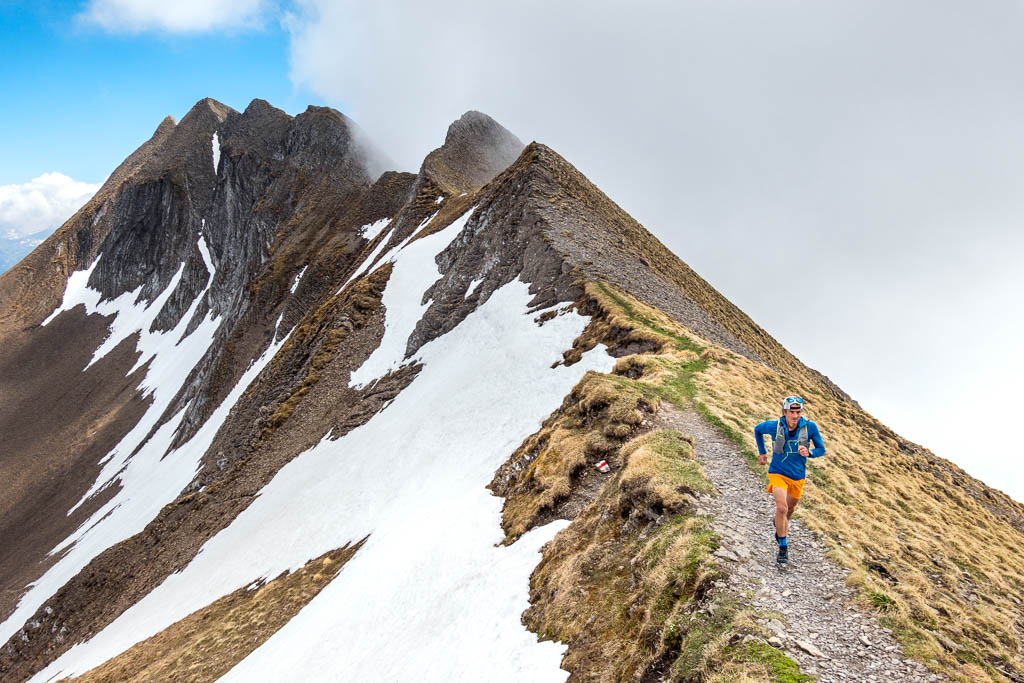 The short ridge to the Brisen summit. 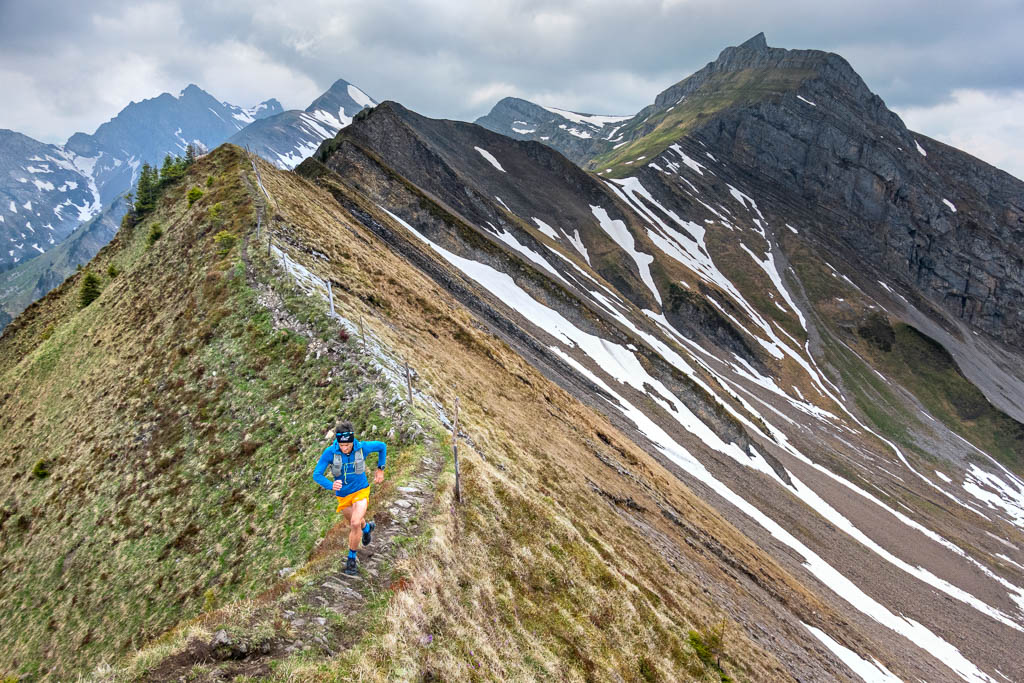 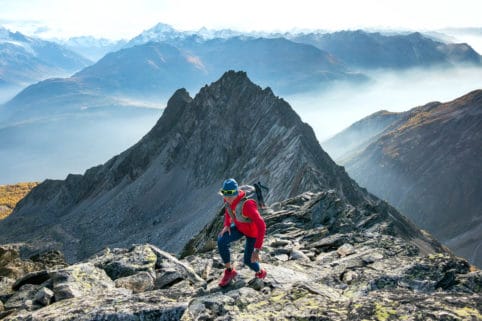 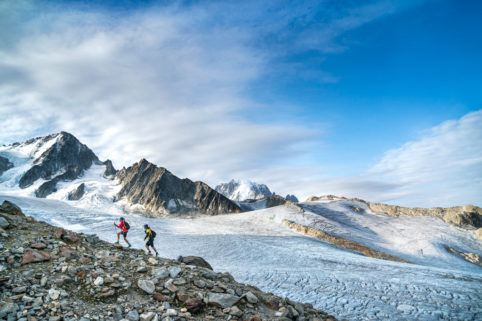 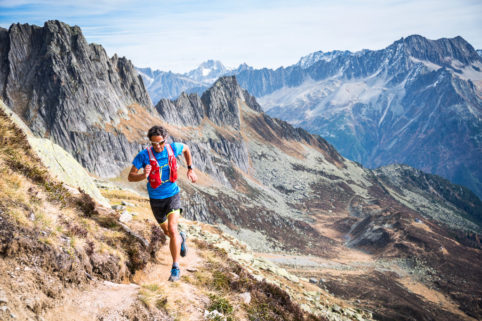 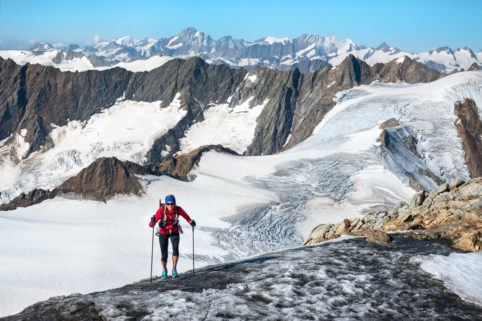