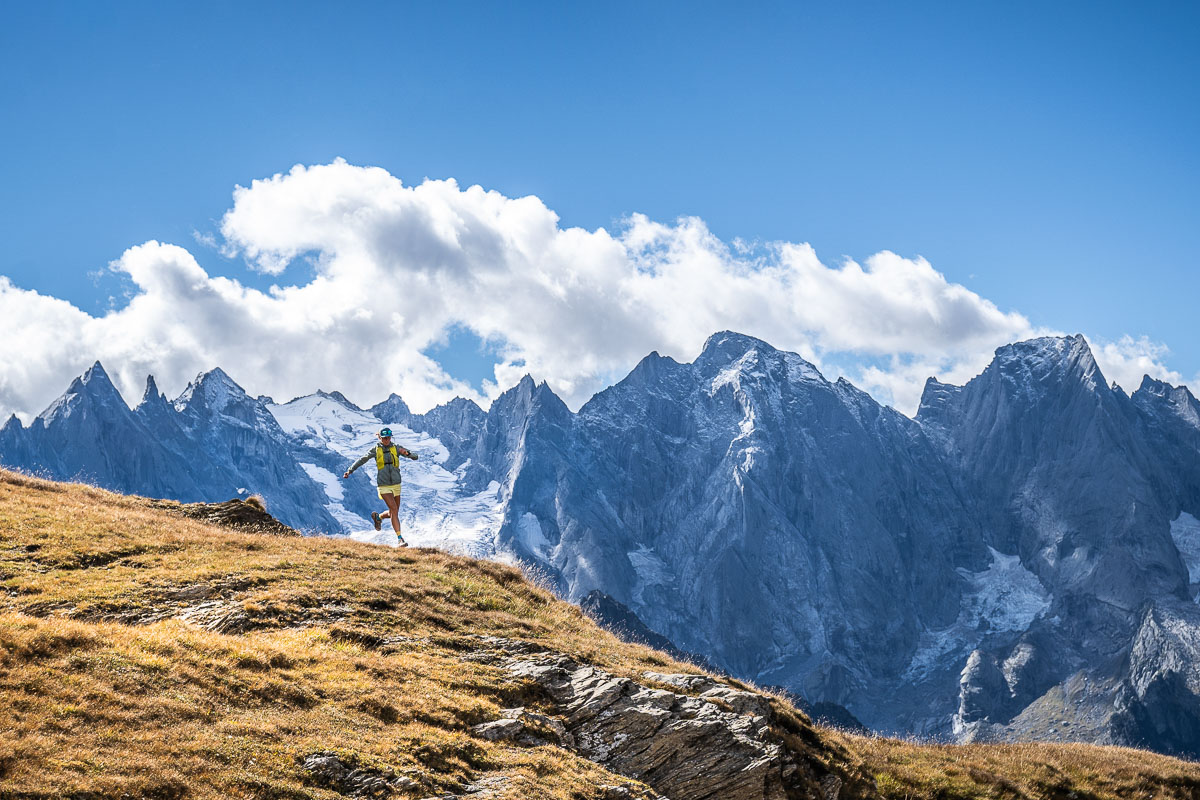 Beautiful views you don't get without some hard work

Val Bregaglia is known for its rocks, and not only in mountain form. The ancient villages are beautifully built of local stone, blending them into the landscape and attracting tourists for their charm. But also, towering above the south side of the valley is a chain of high peaks resembling the Aiguilles de Chamonix, including one of the Alps great north faces, the Piz Badile. It's difficult to get a view of this line-up that also serves as the Swiss Italian border due to the depth of the valley.

Beginning in the village of Casaccia, a steep trail accesses a dirt road into Val Maroz. Besides one classic farm deep in the valley, it's unlikely to see anyone or anything, besides the ubiquitous cow. At the back of the valley, on its south side, the little-used trail climbs a pass to the Val da Cam, a grassy terrace that leads to Lägh da Cam. And finally, what you came for: spread before you is the entire crest of jagged peaks high above Val Bregaglia, including the mighty Piz Badile.

A 400 meter drop on good singletrack gets you to Sdarva / Plan Lo where it's time to enter the forest for a 600 meter, steep, technical descent to the panorama trail that traverses the Val Bregaglia. Once on the panorama trail, it's a rolling run all the way back to Cassacia. 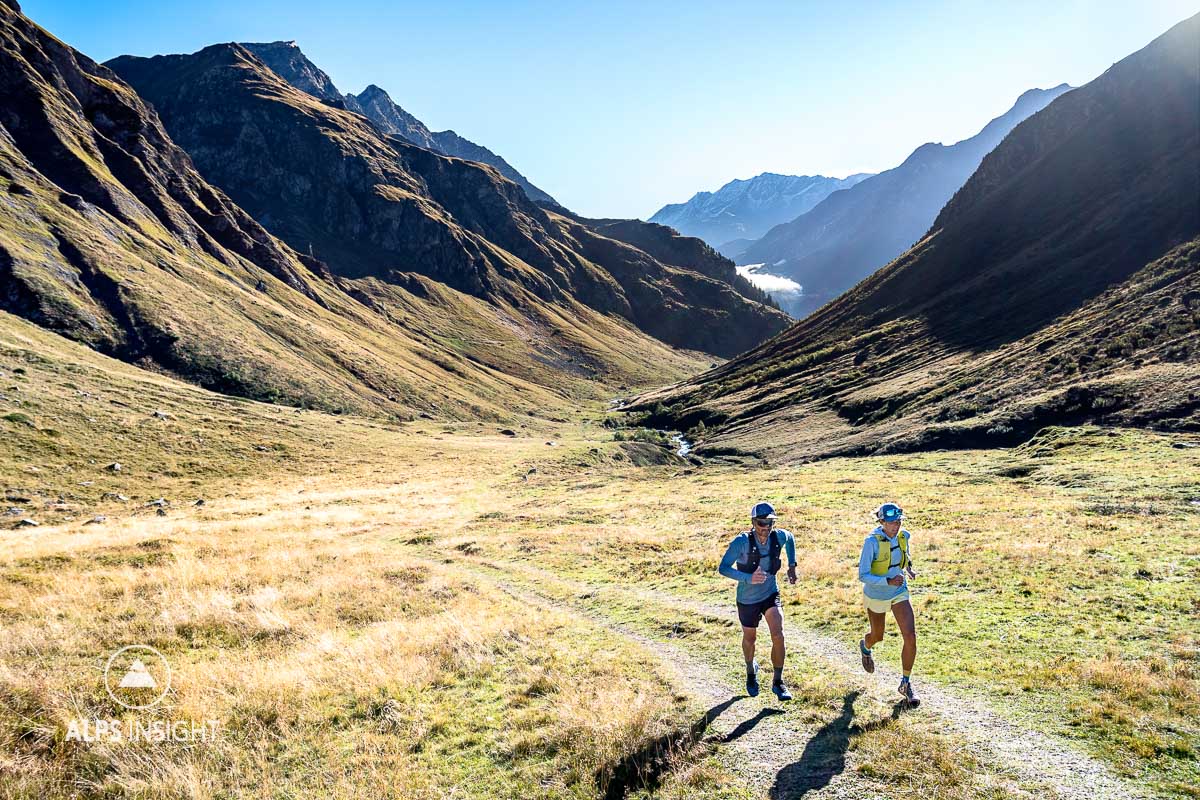 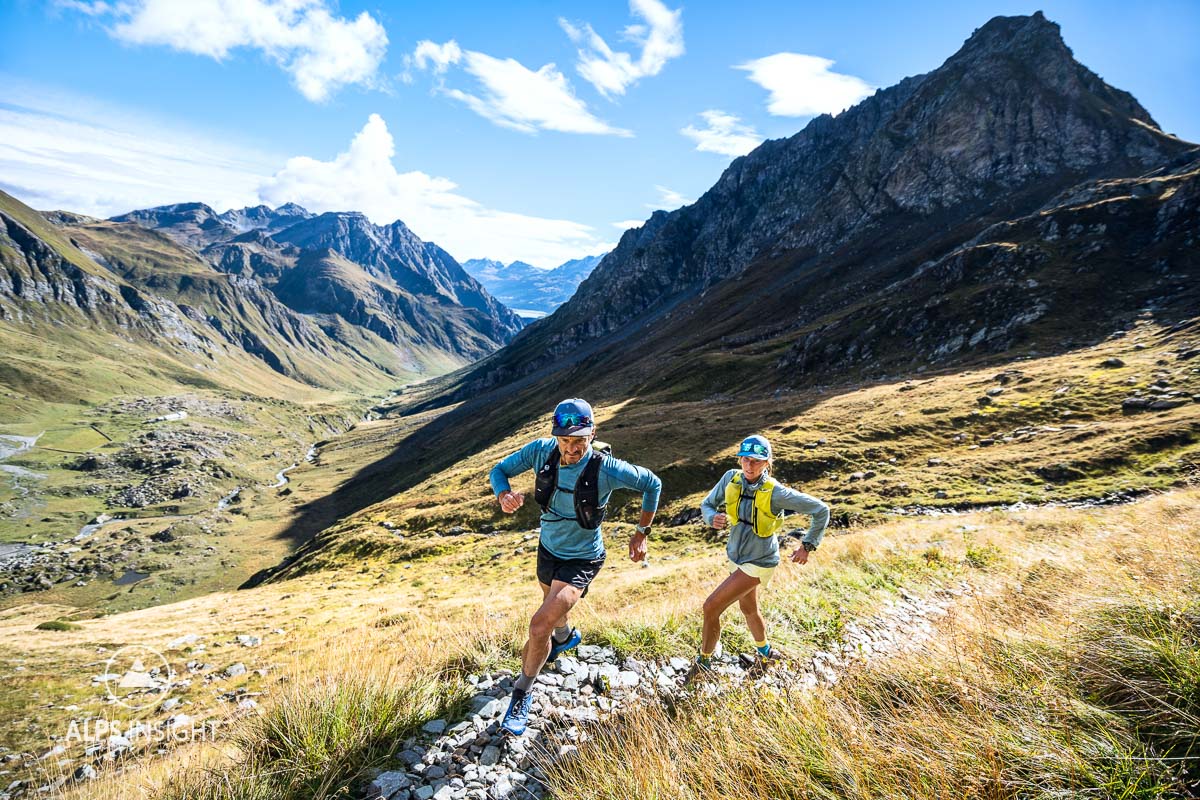 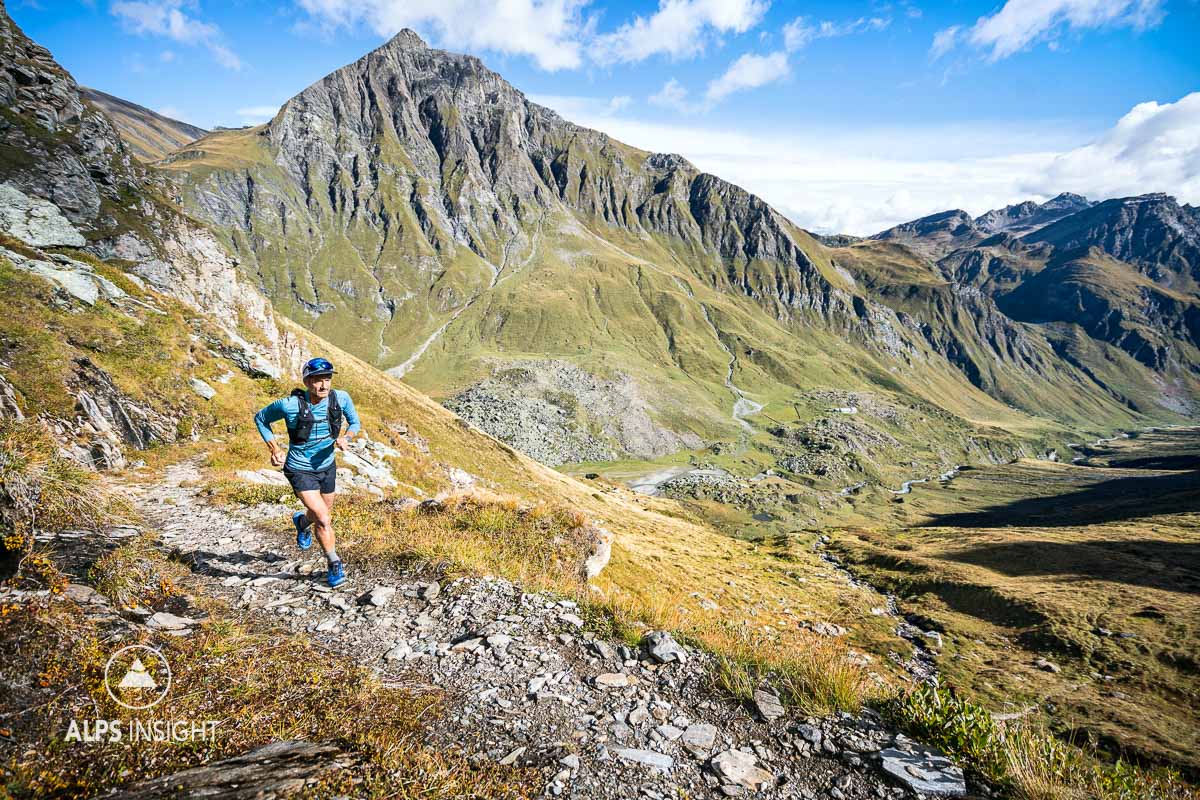 Topping out at the pass to Val da Cam 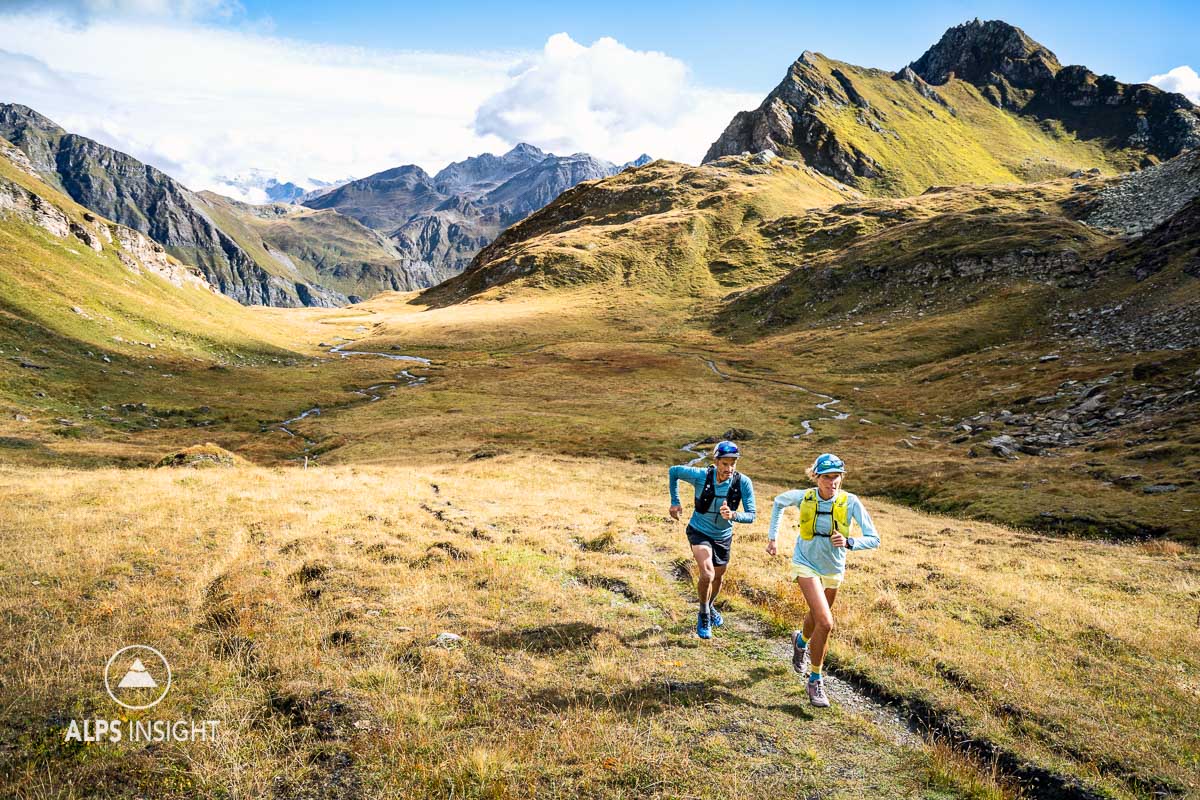 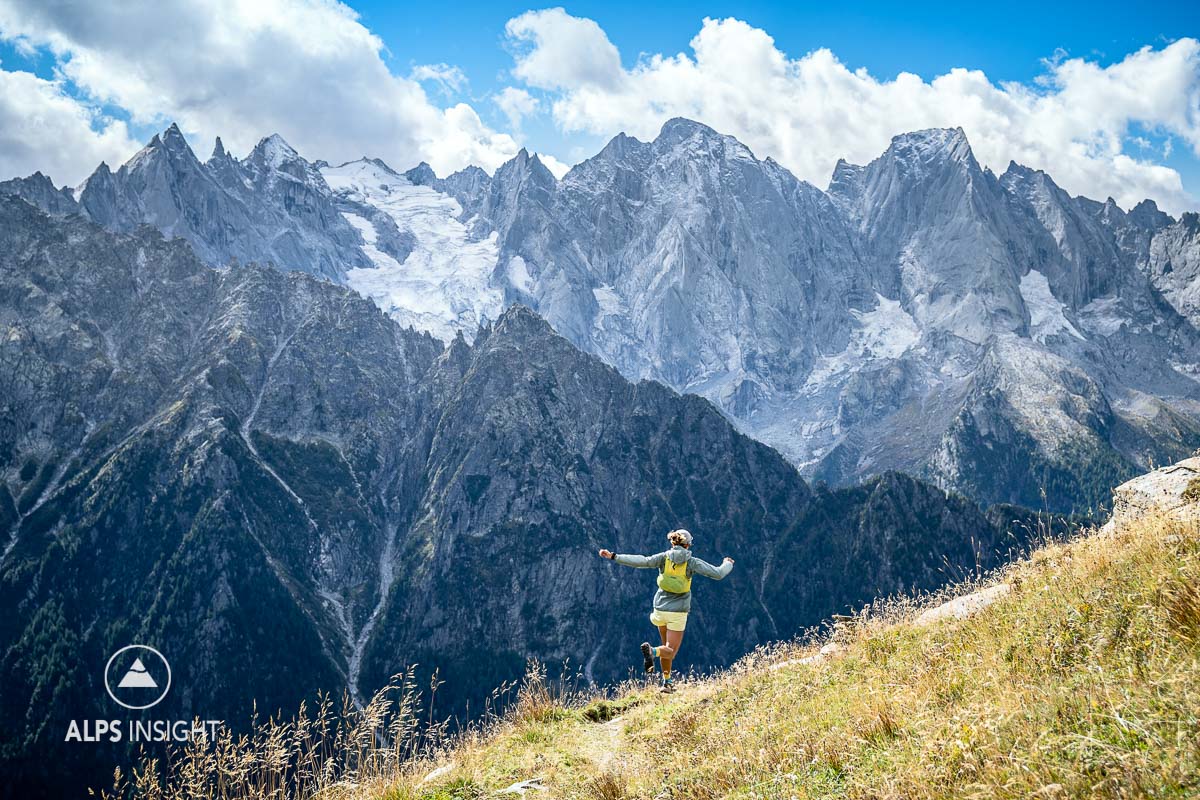 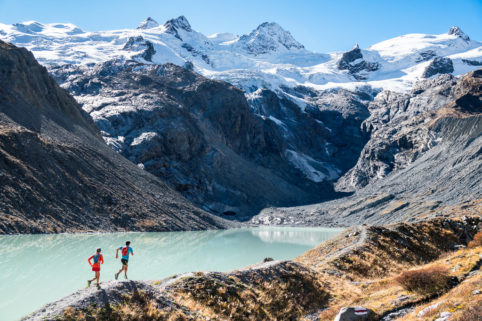 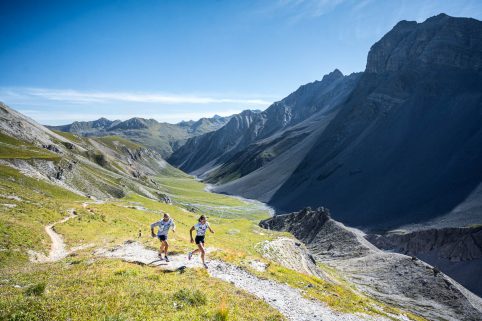 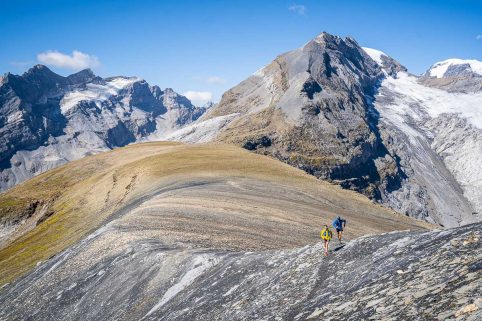