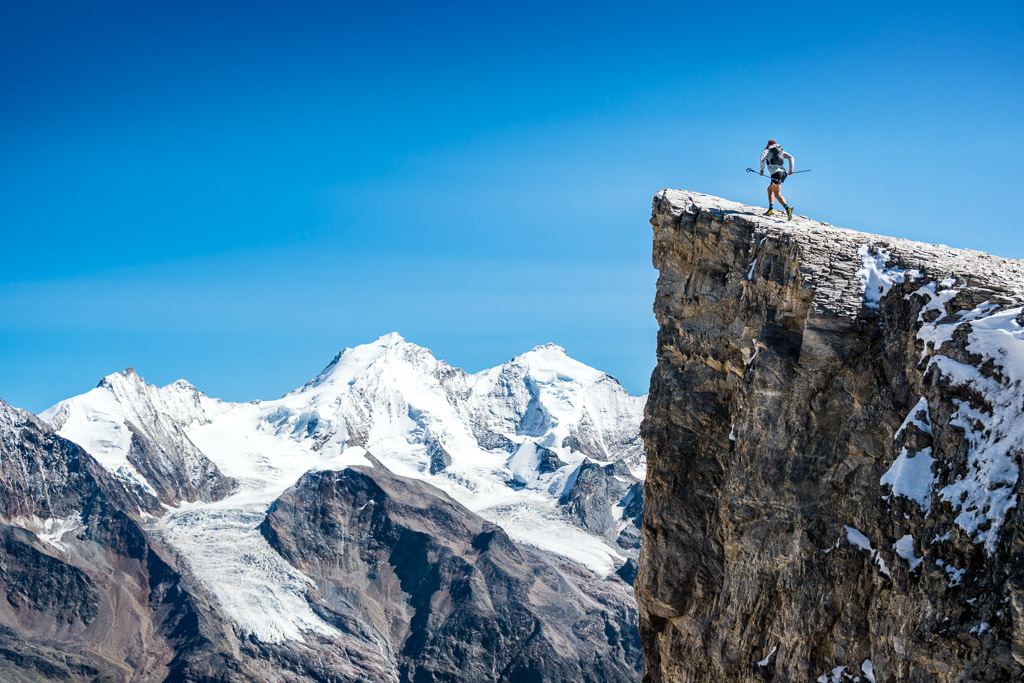 As so many great experiences do these days, this one starts on Google. We'd stumbled upon the Alps highest trail. A trail that goes to a proper summit at 3610 meters. Better yet, it's in some of Switzerland's biggest terrain with several surrounding 4000 meter peaks. And there's more... the trail looked entirely runnable. It went straight to the top of the list of trails we wanted to run that summer.

Great runs are often made more special by the places you start them from. This one starts in the Turtmanntal - a dead end valley paralleling the Mattertal. Besides their shared peaks, these valleys have nothing in common. While the Mattertal has posh Zermatt, the Turtmanntal's hotspot is Gruben, which has a year-round population of 0. As we drove south to the terminus of the valley, deep in the Valais backcountry, we realized we'd found a special little piece of the Alps.

We woke to rain drops hitting the car, a sound that doesn't make you want to get up with your alarm. But SwissMeteo showed the later morning hours would bring sun, so we set out with full confidence. By the time we reached the Turtmann Hut, the clouds parted to reveal that the higher peaks, including the Barrhorn, were covered in snow. Being summer, we charged upward, optimistic that the snow would be gone by the time we got to higher ground. Our effort paid off. A couple hours later we stood on top of the Üssers Barrhorn after running what is surely one of the most scenic Alpine trails.

Rare are trails that put you high into the alpine world, among even much higher peaks, and to a pointed summit. The Barrhorn has it all, including a hut on the descent, famous for its Black Forest cake.

Visit our ALPSinsight Barrhorn Story for the full trip report. 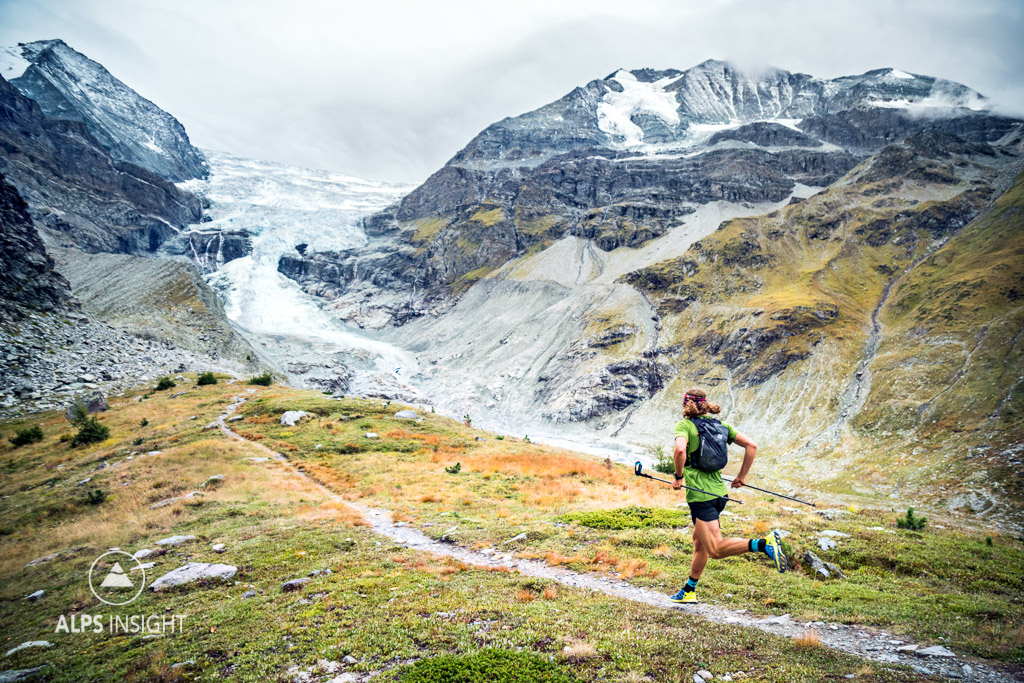 Starting low and going high, Joe Grant heading up while still below the Turtmann Hut. 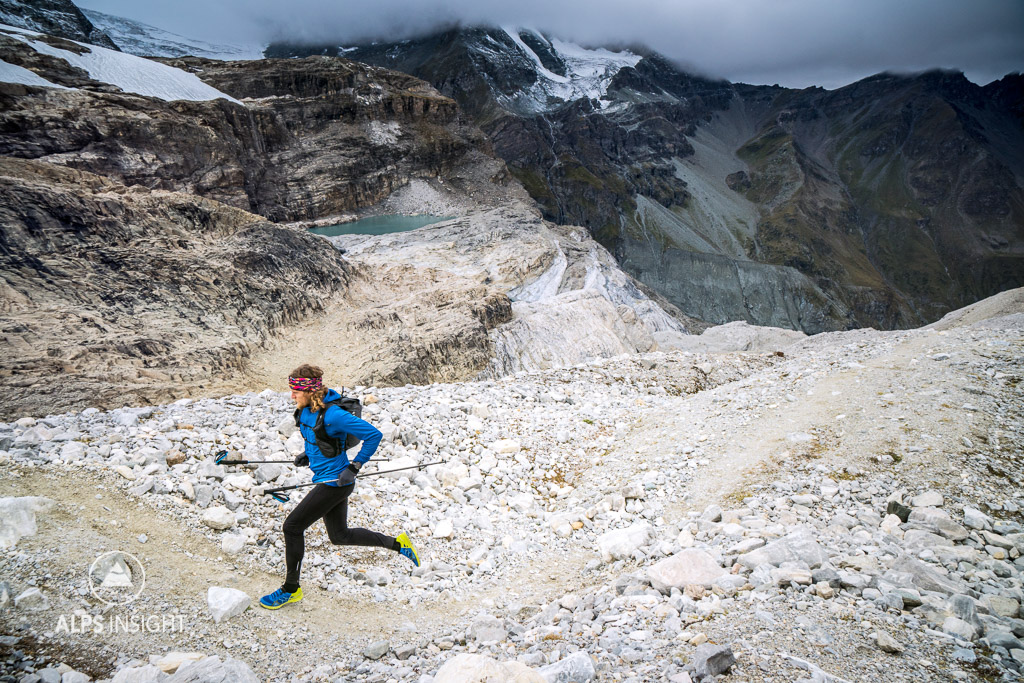 Above the hut, the terrain rapidly turns to a raw, alpine landscape. 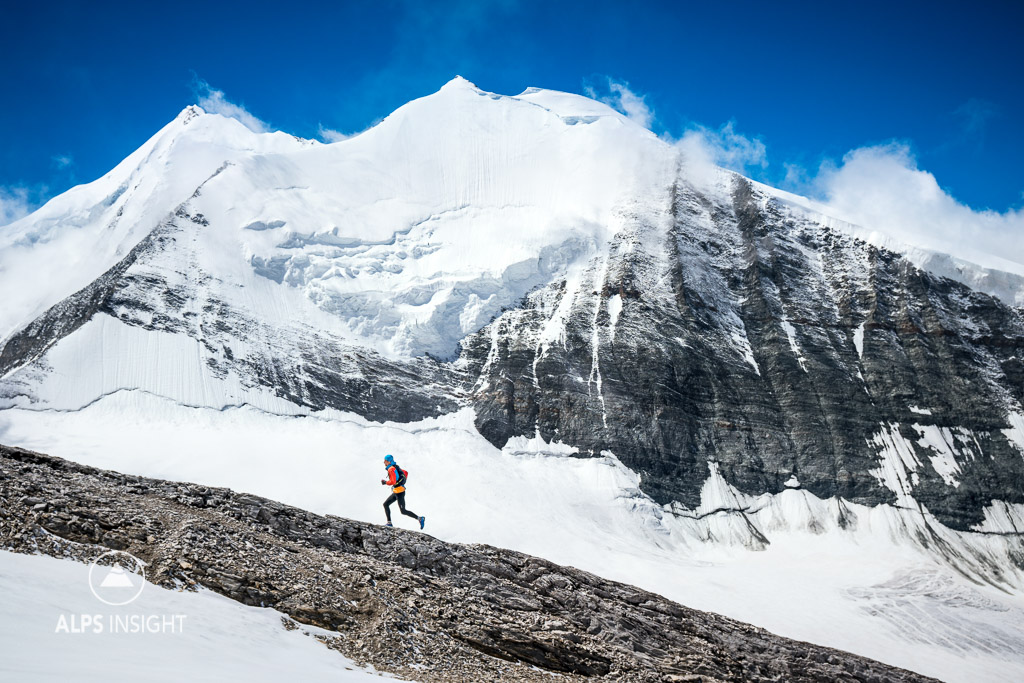 With this as your reward, the Schöllihorn detour is well worth the extra 2km and 160 meters of gain. 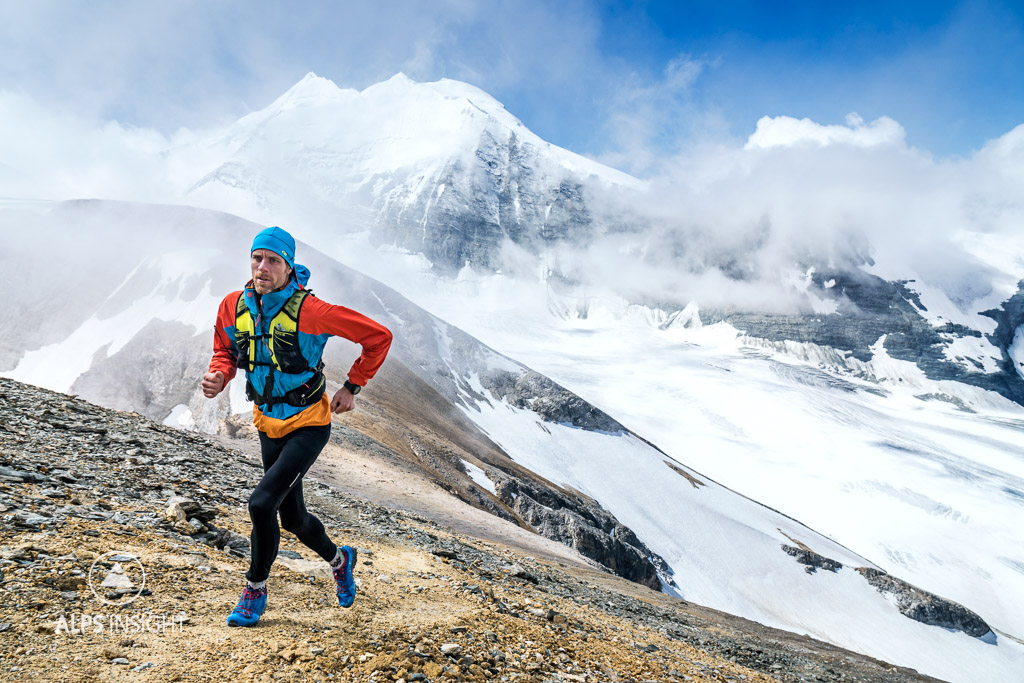 Alister Bignell nearing the top of the Barrhorn. 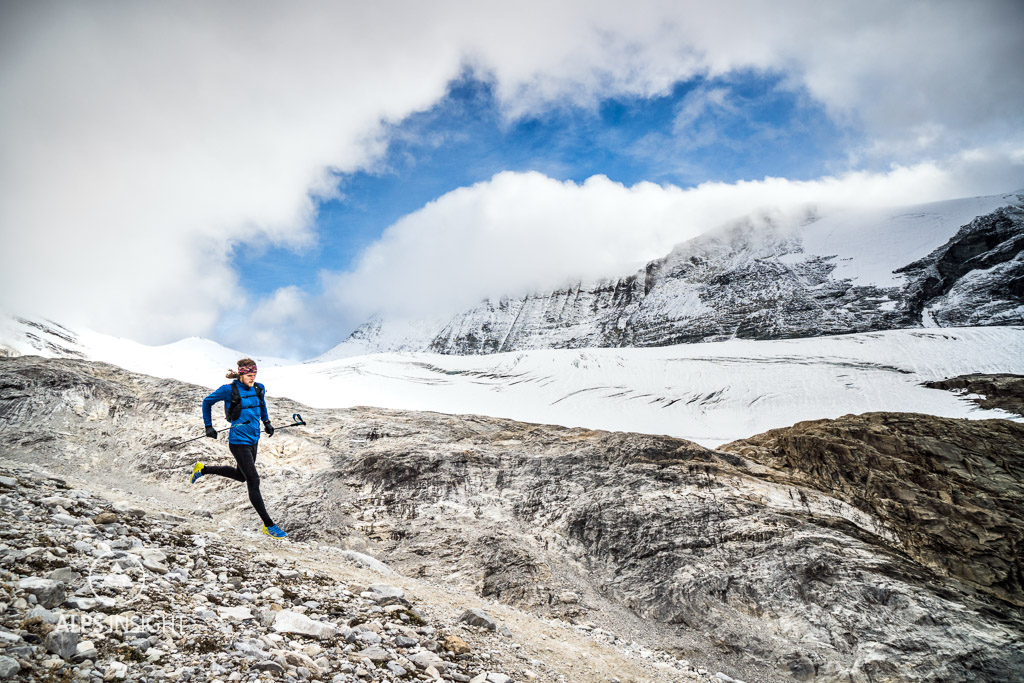 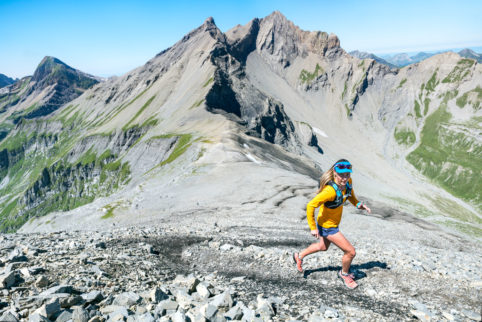 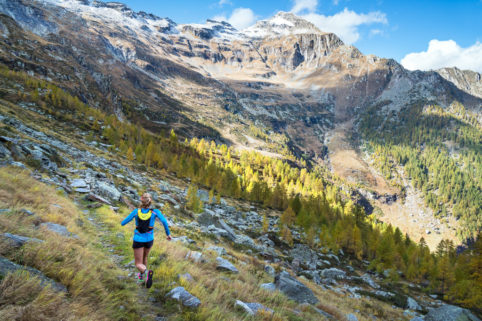 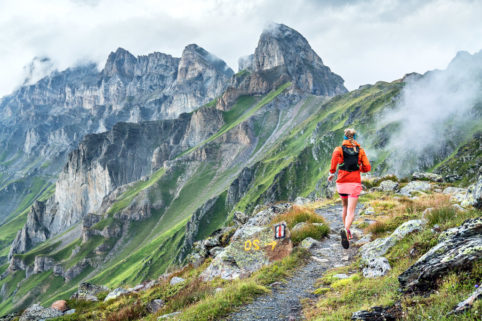