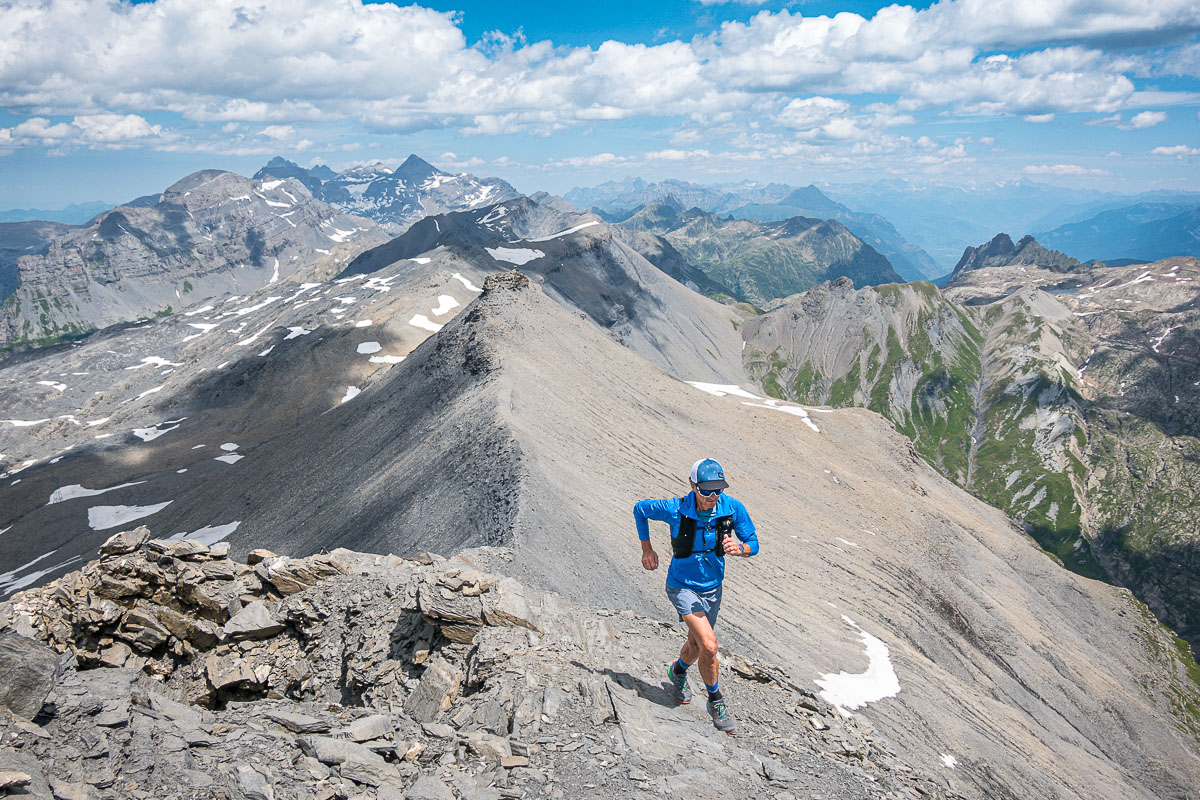 A journey through different zones, huge vertical, a ridgeline traverse and a summit with some of the Alps' best views

I knew Mont Buet from skiing. It's a classic that feels remote and has a massive view of the Alps, not just of the Chamonix region, but as far as the Matterhorn. The word was that it also makes for a great mountain run, we knew it was a candidate for Way Up status, and a key run for the Chamonix collection.

But how to do it? From the Chamonix side of the peak, there are a few options. We wanted the route to be friendly for runners staying in Chamonix without a car, so the route would begin and end at the train stop at Buet.

From Buet, the route climbs the ubiquitous Chamonix forest trail alongside a small river. Short sections of cables allow easy passage through some steep rock. Eventually, the trail opens onto a large meadow directly below the northeast face of Buet. You'll feel like you're almost there. Oh, but you aren't. The trail turns in the exact wrong direction and climbs steeply to the Col des Corbeaux and a series of small granite basin lakes.

At this point you've already had a day, and now, it's clear things are going to get even better. The ridge itself is loads of running until you begin to slow with concern building for the very steep you are fast approaching. "How are we going to get over that?"

The answer is a cable and metal step system. Like so many trails in the Alps, they've built a way through so you can stay in your lane and not think too much. But, anyone with a fear of heights or with vertigo issues should not attempt this one. It's a steep series of rocky steps with a cable to hang on to and iron peg foot steps in place.

From the top of this, it's a short cruise to the summit where you'll probably merge into a crowd of hikers on the normal route.

And now, the descent, and a decidedly major change in the quality of the your Mont Buet experience.

The first couple hundred meters are fantastic tight curves, a few fun traverses, and some boulder hopping. But then, I'll just go ahead and say it, the trail on the south side of Buet, what serves as the normal route on the mountain, may well be the single worst piece of trail in all the Alps for running. It's so bad that I couldn't understand how anyone who went up it could possibly have enough motivation to turn around and actually descend it. It's awful. And this is a huge shame as the rest of this route is just so incredibly good.

Should we change the whole route? Should we reverse what we did so we wouldn't have to go down this hellish trail? In the end, we decided to keep it the way we did it. 23 of the approximately 25km is fantastic, that's a good percentage. And, once you get to the end of the steep, loose, round, nothing solid section of trail, there is a tiny hut. And there, you can piss and moan about the last 2km while eating an ice cream.

Once you're finished, you get to continue down on an increasingly runnable trail with numerous swimming holes alongside for about 6km until you hit Buet. One day after doing this, my memory was not of that loathesome piece of trail but of all the many cool things we saw and did. This route is truly one of the best all around tours on this site. 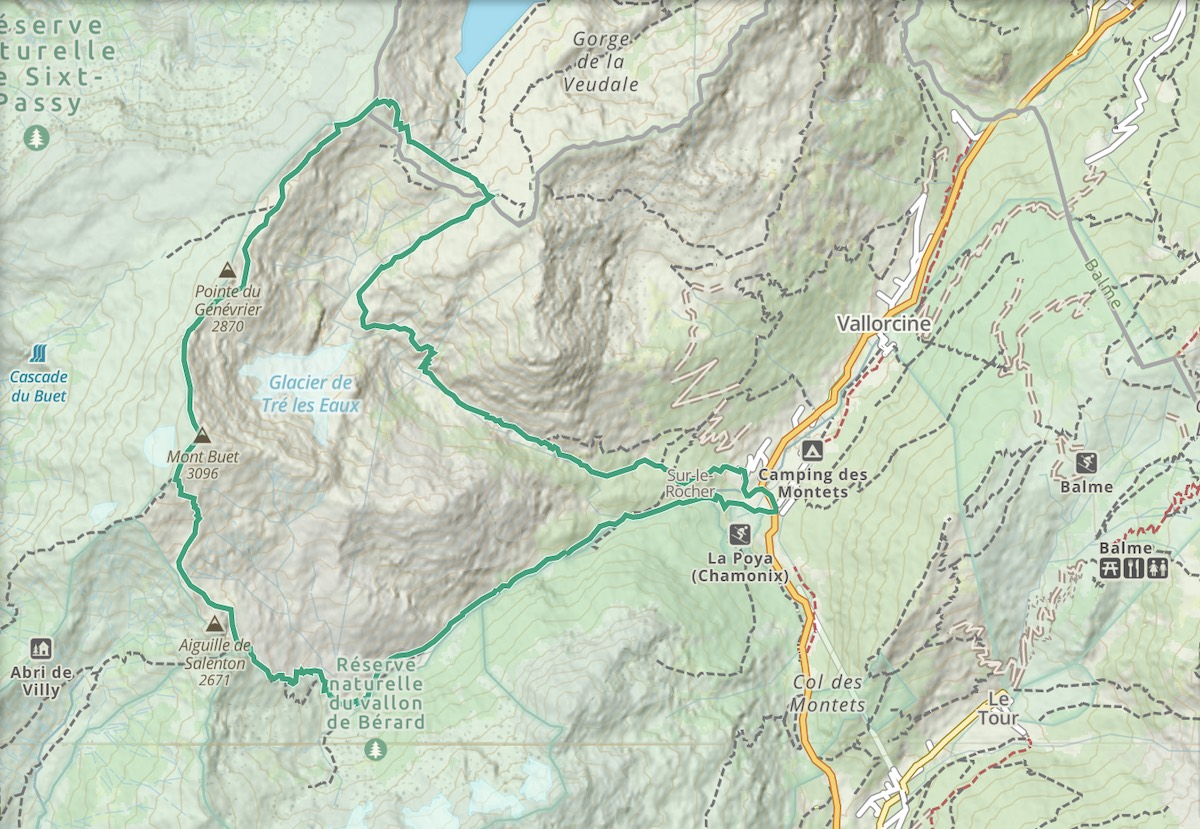 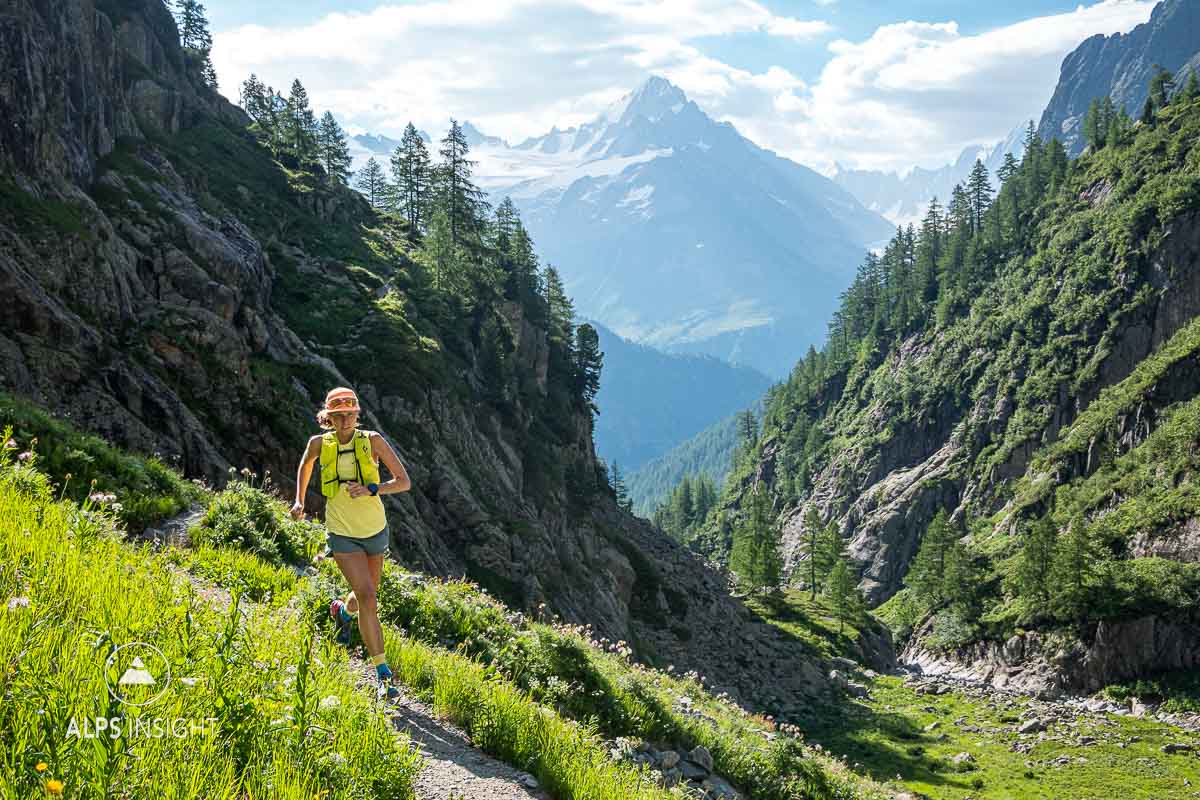 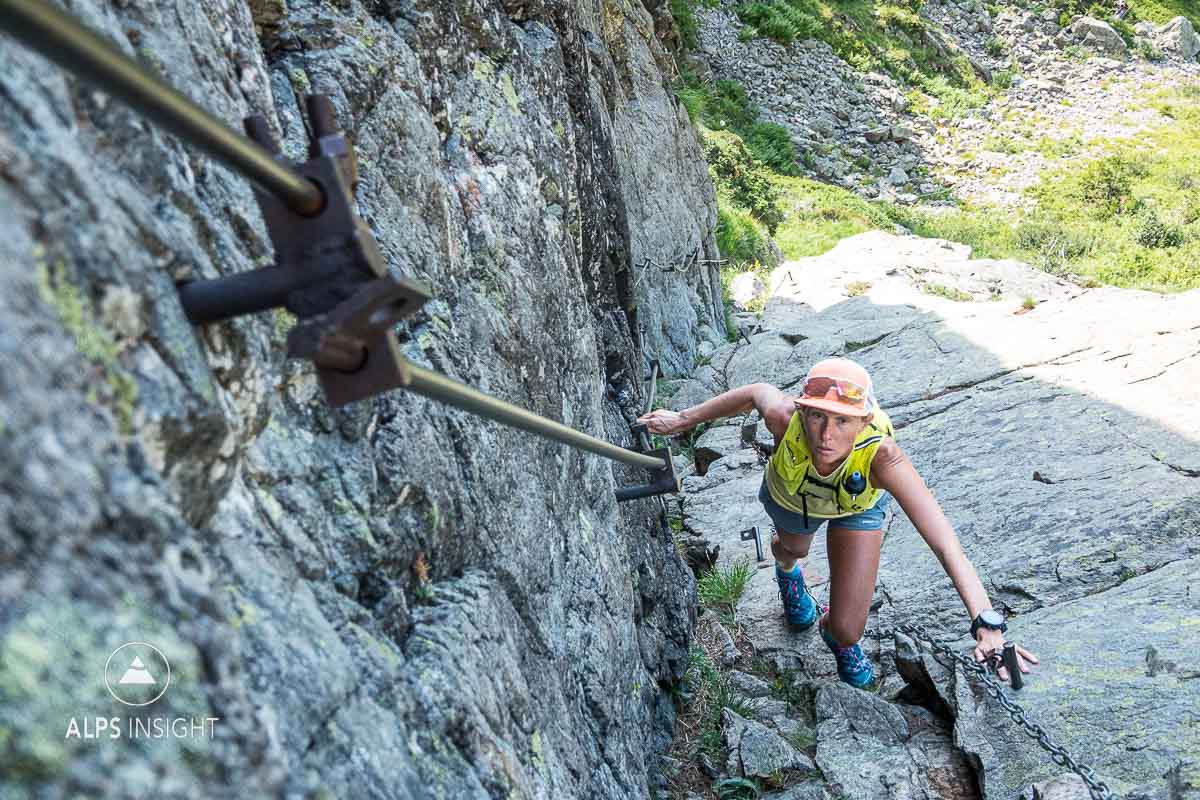 We weren't expecting these 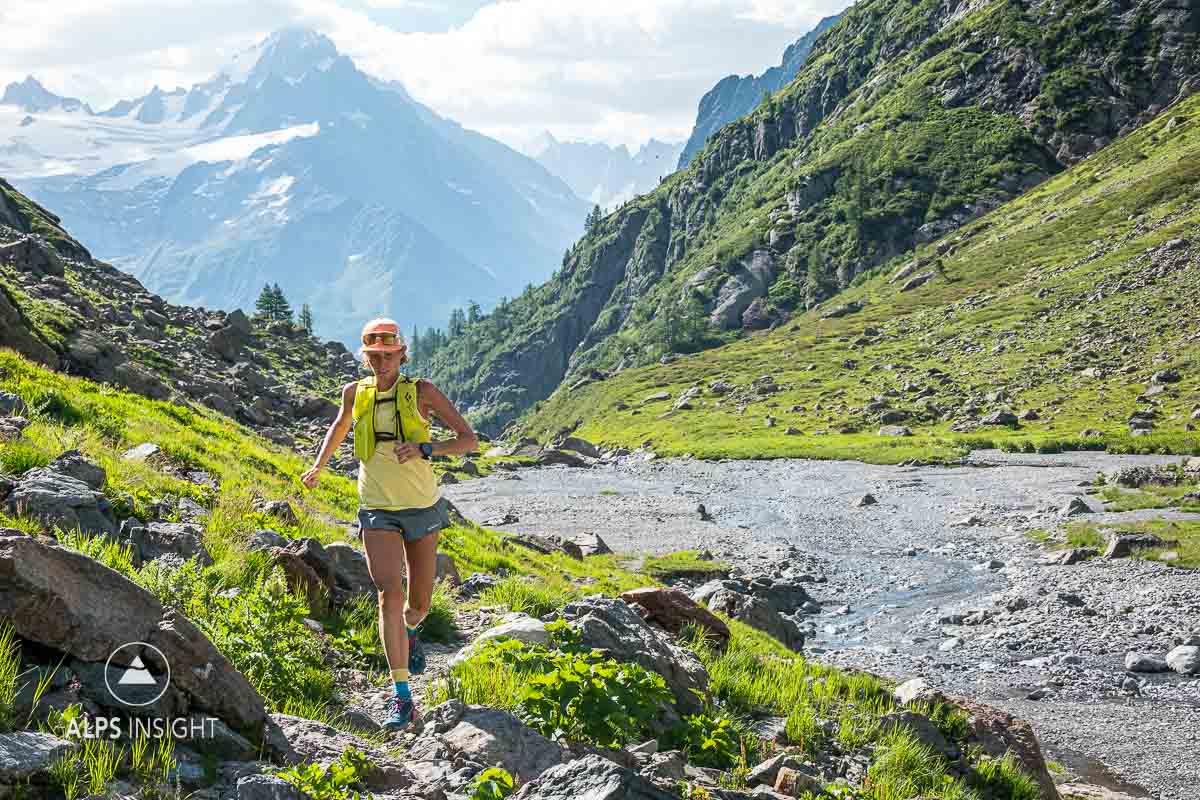 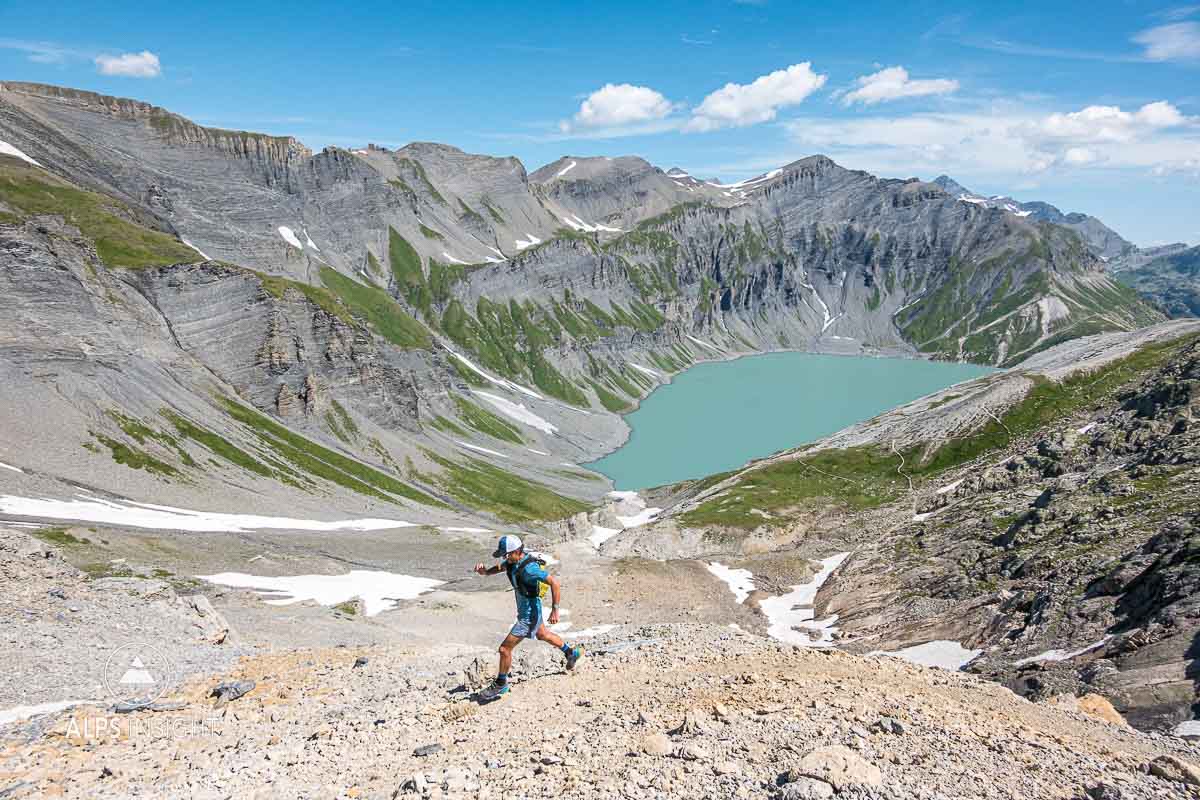 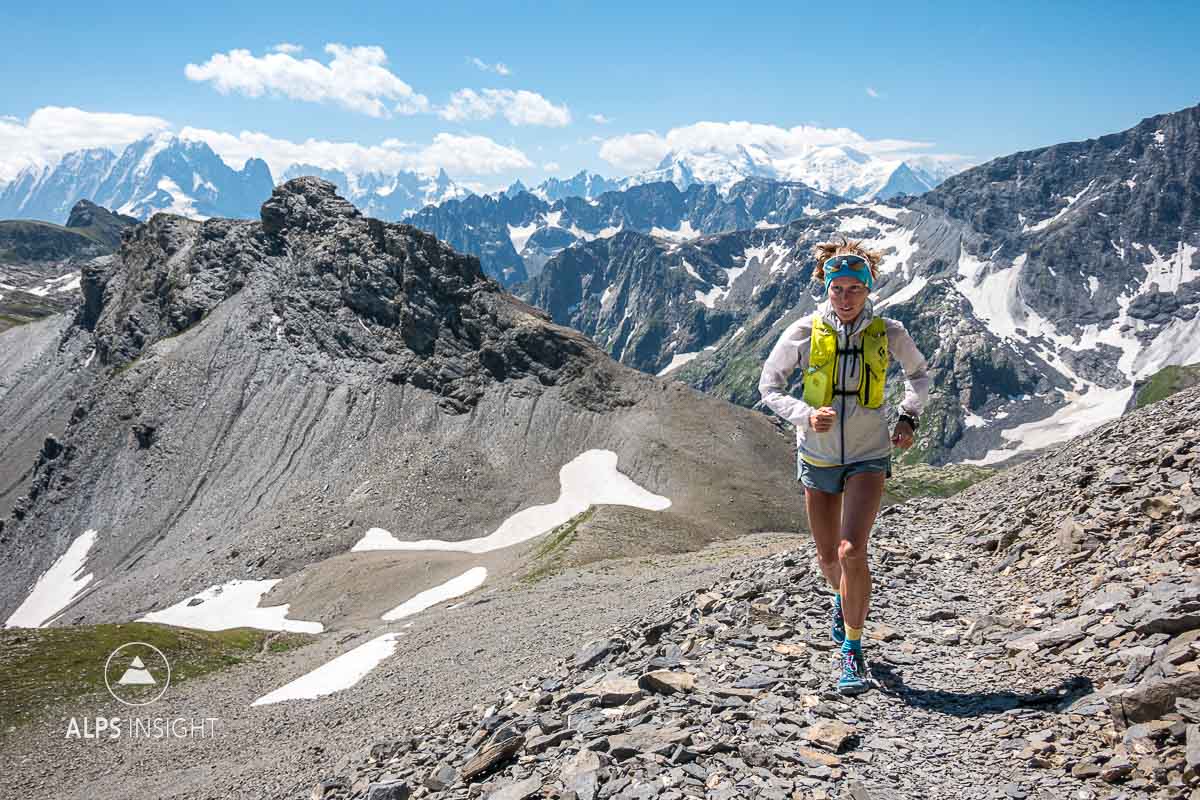 Kim on the trail to Le Cheval Blanc 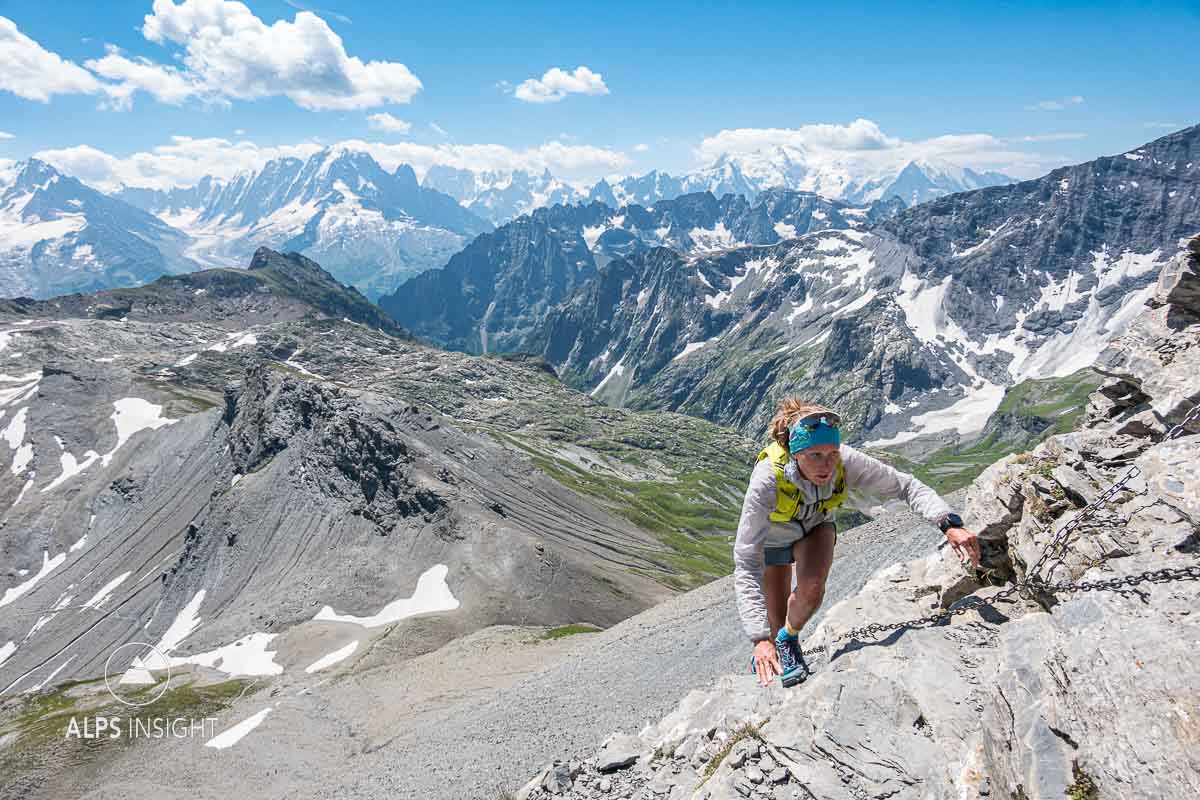 Cables and chains to the top of Le Cheval Blanc 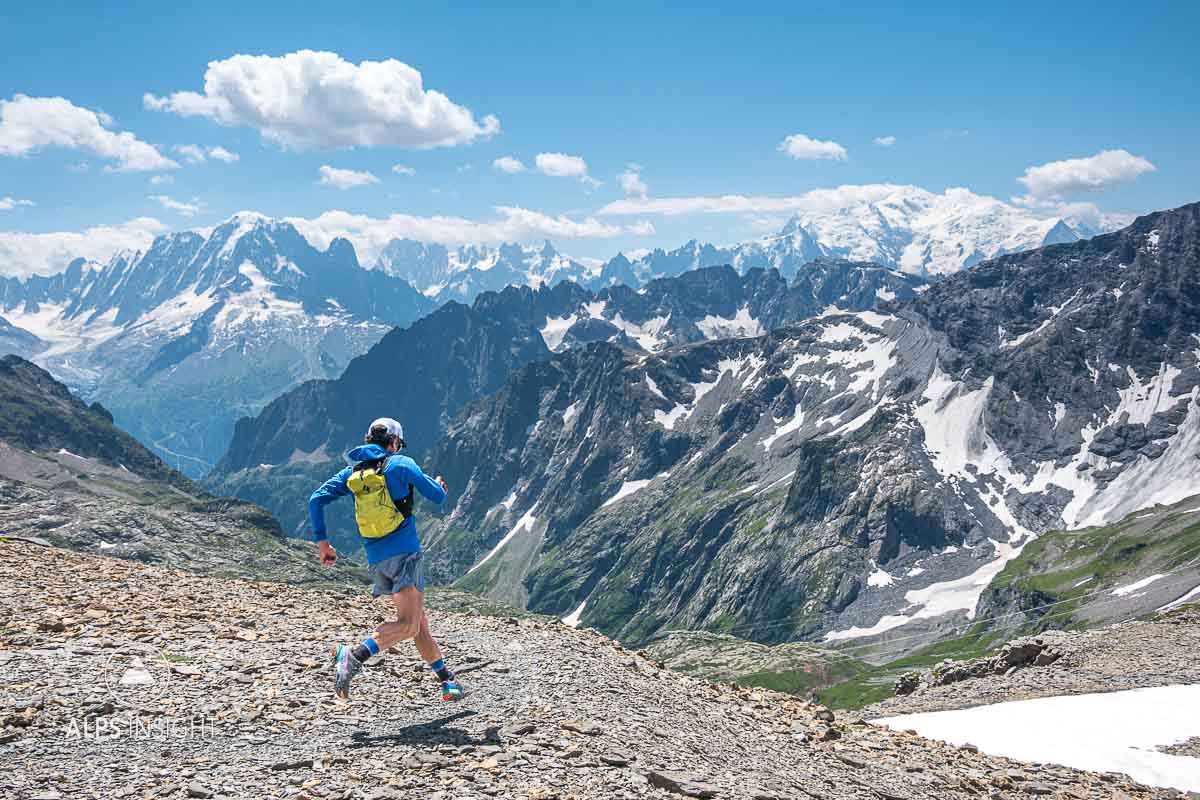 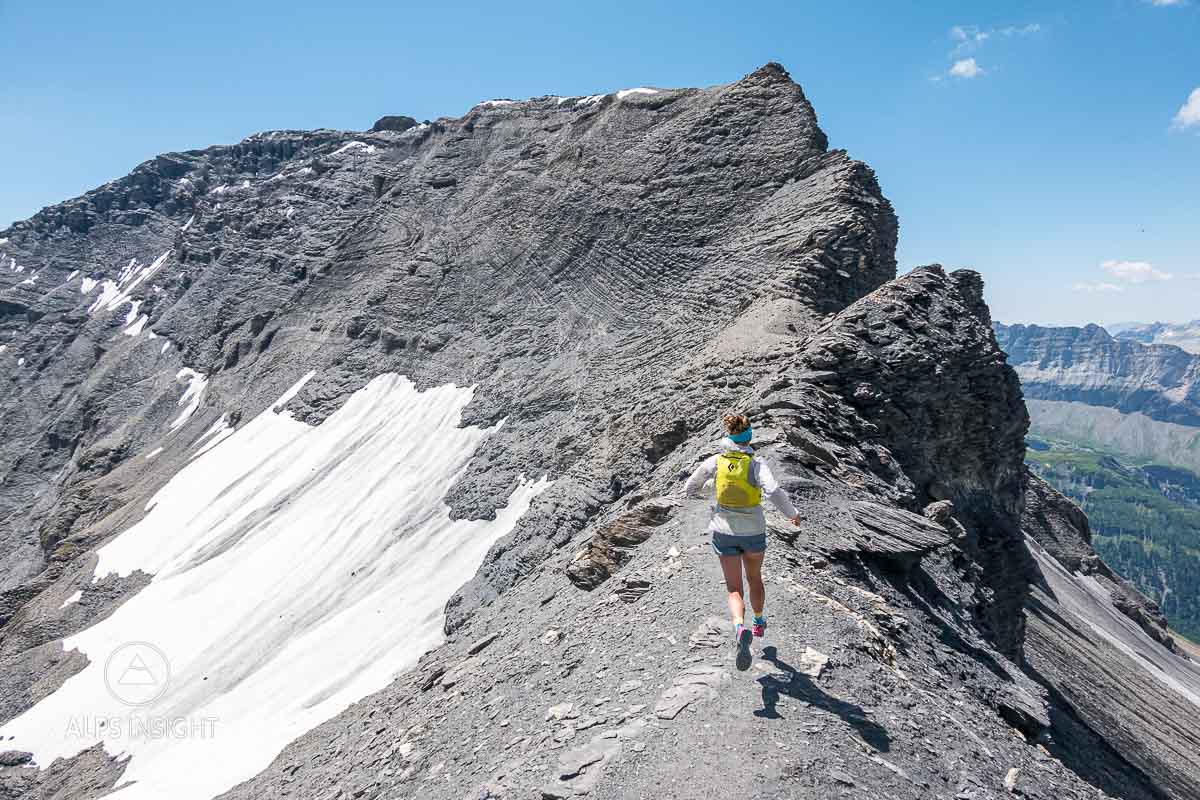 Arriving to the steep ridge section 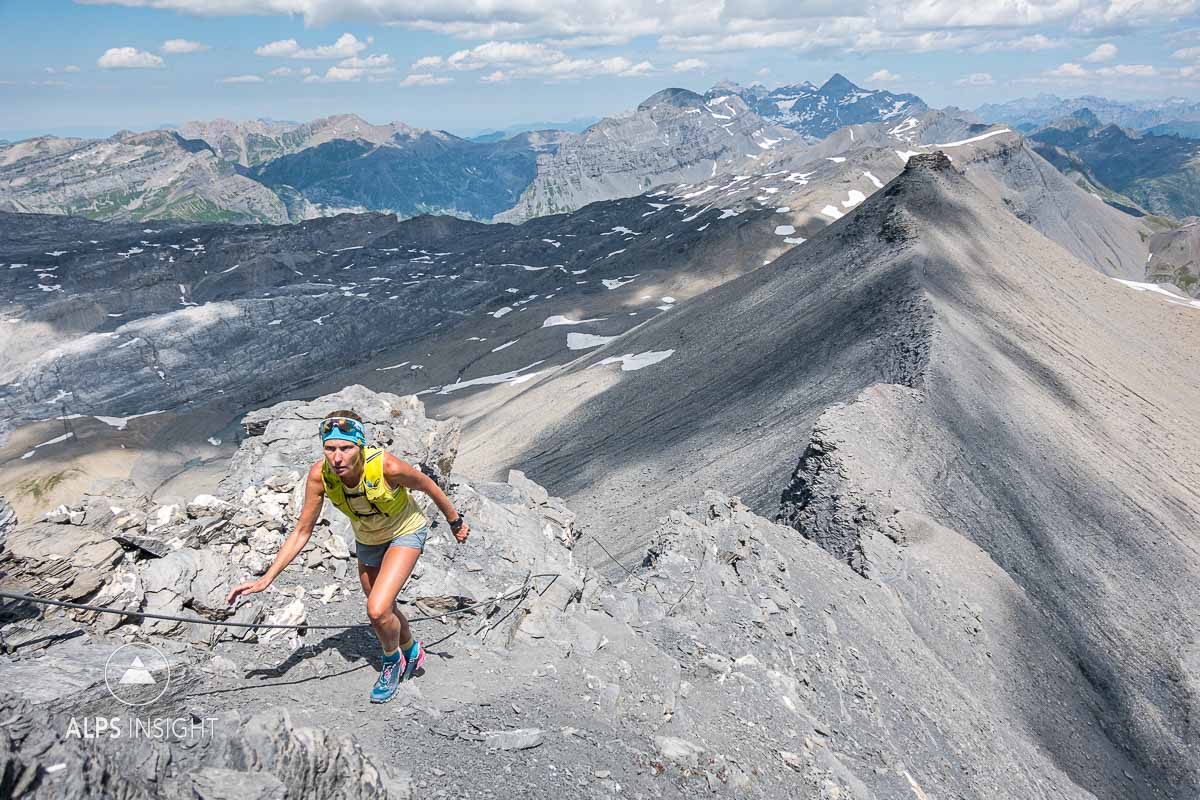 Okay, it's not that steep for most of it 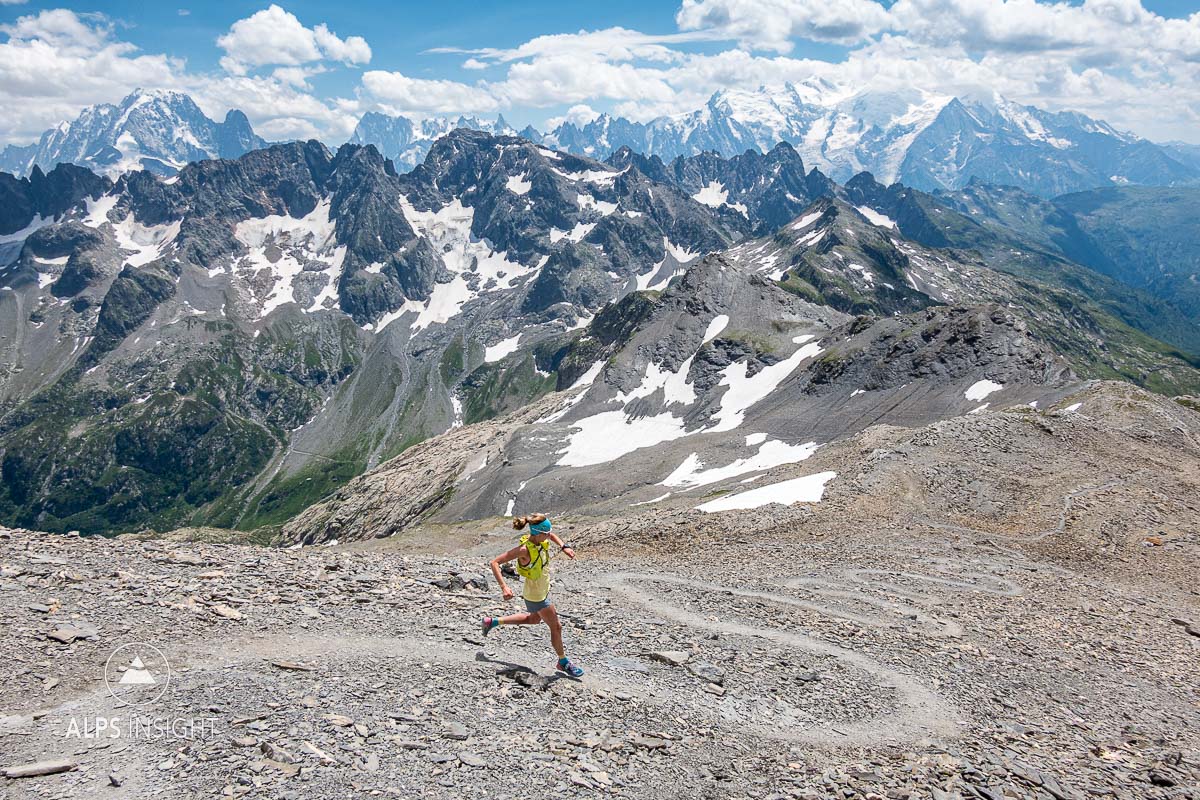 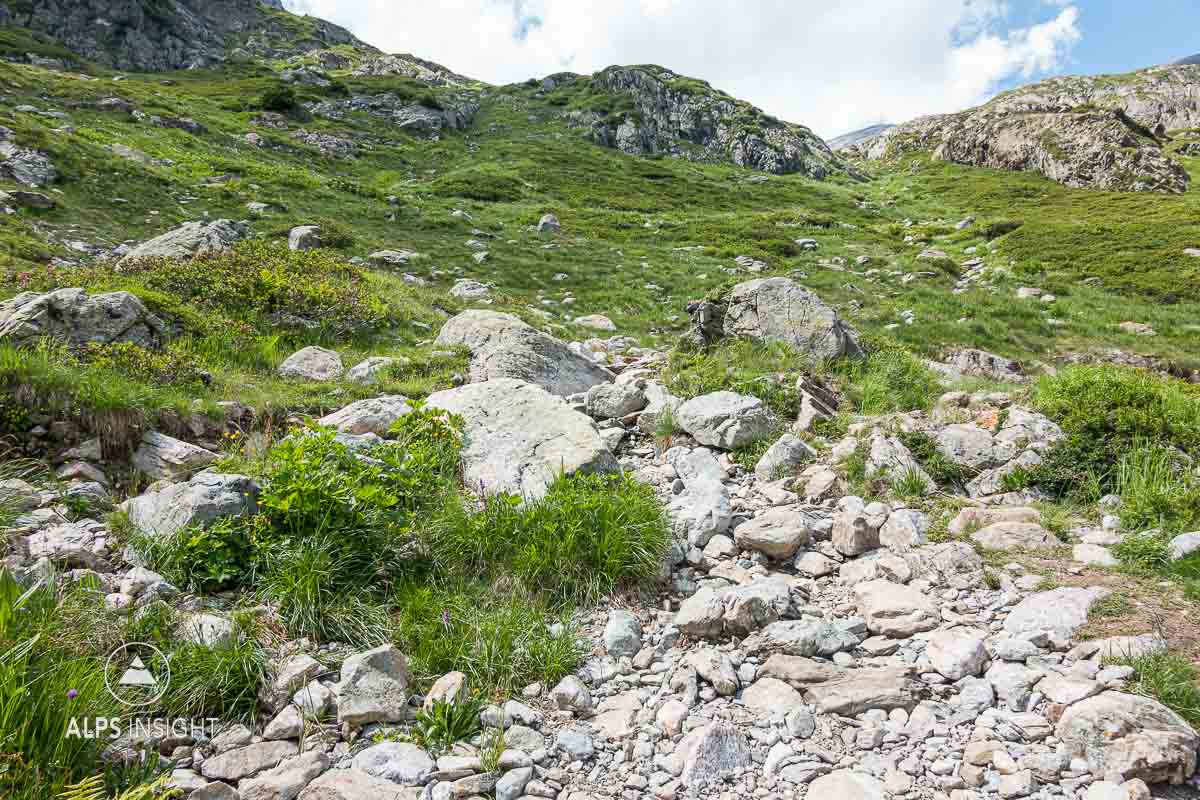 It turns to this and that fun, freestyley running form goes grumbly 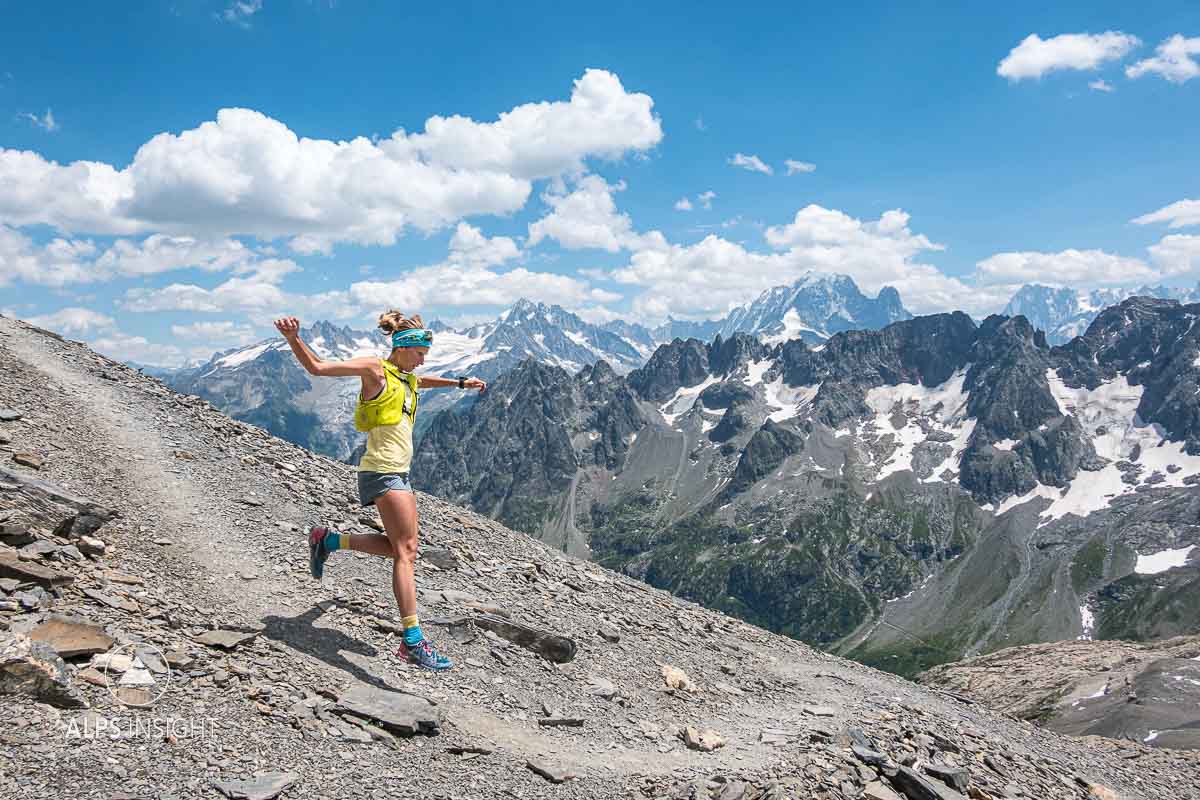 Let's remember it for this! Because some of it really was. 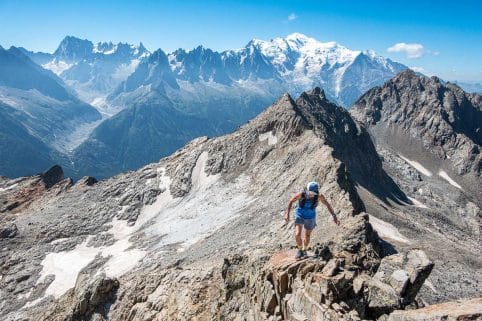 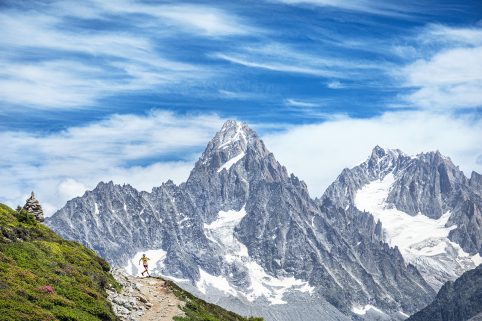 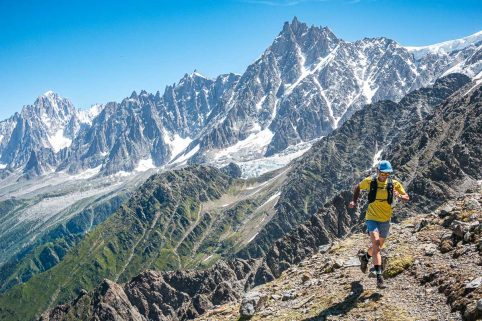